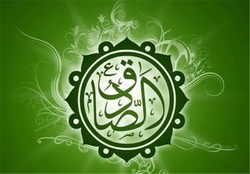 If jurisprudents, historians and scholars recognize Imam Sadiq as the founder of the Shiite sect and Jafari Jurisprudence it is also due to the fact that Imam Sadiq preserved the independence of Shia (Shiite judicial system) through the application of a different methodology.

RNA - Mahmood Hekmatnia, the faculty member of the Research Center for Islamic Culture and Thought said, “Imam Sadiq (AS) also struggled with this view and announced to the Shiites that they are supposed to refer to Imam’s jurisprudents and the one appointed by me. The verdicts issued by the installed judges needed the governmental support, however, Imam Sadiq (AS) hadn't such support. He was Imam, and as he officially had no governmental power, he determined a spiritual sanction for the laws. He said, “if you stand against the judicial verdict of my representatives and appointees, you will oppose me, and the one who does so will stand against Heaven.”

Mahmood Hekmatnia also said, “If jurisprudents, historians and scholars recognise Imam Sadiq as the founder of the Shiite sect and Jafari Jurisprudence it is also due to the fact that Imam Sadiq preserved the independence of Shia (Shiite judicial system) through the application of a different methodology (i.e. rationalism), defining the contents of the judicial system (extracted from Quran and custom) and implementation of the laws (through a secondary judicial systems, having sanctions, established within a centralised judicial system).”

He continued, “A current argument is that we should be able to accurately set and define the boundaries of our thought. It means that Imam Sadiq (AS) stood against the verdict-oriented judicial system, and as a result, today, our judicial and intellectual system is against other intellectual systems involving different legal topics, humanities and etc. They have had some good advances and can be applied. However, they should be used vigilantly. It means that such intellectual boundaries, methodological systems and problem-solvings should be updated according to the present condition and status.”

Mahmood Hekmatnia then maintained, With regard to the advances of technology, science, experimental sciences and humanities, in my opinion, our chief mission today is determining the intellectual boundaries, providing a problem-solving methodology and the promotion of the Islamic society in the present world in a manner that helps it survive within the strong contemporary civilizations. In other words, today we are confronting two controversial areas. There is a civilizational discord, i.e, cultural difference. Our Islamic civilization is the civilization that has been declining for a long time, however, its Western counterpart has burgeoned. This civilizational discord is substantial. Supposing that this era is the time of turn from the declining civilization to the new and burgeoning Islamic culture, what should be done if Imam Sadiq or his students lived in this time?”

Finally he said, “In the intellectual field, the current intellectual systems are developed and organised. Different from the time of Imam Sadiq (AS), raw views and thoughts are not offered by people such as Abu Hanifa. Today, if ration, the methodological and accurate ration are talked of, the ones with origins, foundations and problem-solving methods are meant. In the present time, if we decide to participate in an argument, we should properly know the parties to that dispute. It means we should know how the opposing system solves problems, and if the same problem is given to the intellectual system of Islam, how it will solve the problem. We are weak in both of the said areas. We don’t know the rival systems and their characteristics, and if we attempt to solve our problems using our intellectual system, we will see that there are many doubts and multiple deficiencies; and this malady can’t be remedied by one person. It means, if an infallible [Imam] lived today, he would train some students and followers who could resolve the problems of the Islamic culture specifically and collectively using our own intellectual foundations.”