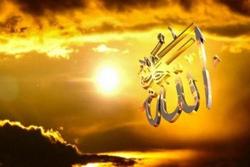 Hujjat al-Islam Islami Tanha said, "As we enjoy the legacy of the Heavenly Revelation, we can afford to develop this fundamental model of man-God-other communications to other sorts of communications."

RNA - Hujjat al-Islam Islami Tanha stated, “As we enjoy the legacy of the Heavenly Revelation, we can afford to develop this fundamental model of man-God-other communications to other sorts of communications.”

Elaborating on the components of the Jurisprudence of communication, the seminary teacher and university professor maintained, “This jurisprudence deals with the Itimania (non-secular or Heavenly) communication; regarding the call of the religious, Quran and Hadith, there could be three levels of communication. 1. View, 2. Practice, 3. Employment.”

The professor of Baqir al-Olum University stated, “The level of view encompasses three Ijtihadi, disciplinary and ideological views. The Ijtihadi view involves the interpretation of the religious rules concerning with the communication practice. The disciplinary view includes the rules employed in the process of interpreting the rules.”

Elaborating on data-x-Itemany jurisprudence, he maintained, “it is a view that requires the man to not bound himself to the form of the rules, instead, it calls for the fulfilment of the moral system existing inside the rules, i.e. it seeks to develop those truth and the fact, hidden within the rules, into the societal life of the man and establishes them there.”

Communications according to Quran

The faculty member of Baqir al-Olum university, pointing to the verse no. 13 of Hujurat Surah as a the verse specifically dealing with the issue of communication, explained, “the verses preceding the said verse all mention “O you believers”, however, this verse addresses its audience using the expression “O you mankind”; as if it addressed the whole humanity.”

Hujjat al-Islam Islami Tanha said, “The difference between the Tawhidi and heretical approaches is what mentioned by God through this verse, “O mankind! We created you from a single (pair) of a male and a female, and made you into nations and tribes, that ye may know each other (not that ye may despise each other)”, i.e. we created you in this manner; nonetheless, according to all the secular theories, all the ethnic and linguistic discrepancies are based on natural regulations.”

He added, “The basic concern of the communications is that to fill the resolve such discrepancies; the said holy verse mentions that we created you in this manner so that you recognise what you are supposed to do; to abstain from denial or struggles. Contradictorily, struggling is a key concept in Darwin’s theory, the origin and basis of all American theories on communications.”

The seminary teacher and professor of the university called boastfulness, excommunication, debasement and arrogance as other forms of denial and then said, “They are what we see in the present world, however God mentions that you are created in order to have cooperation and communications based on the moral values, as verily the most honoured of you in the sight of Allah is (he who is) the most righteous of you.”

The professor of Baqir al-Olum University explained, “Through the religious approach, we are going to develop the communications process from the certain issues to the widely-known known ones; and the proper and straight communications will form in accordance with this approach. Therefore, according to the aforesaid grand verse, the definition of the Islamic communications is, “indeed the healthy communication is a dialogue between two (groups of) speakers who some of them more righteous than others.”

History, experiences tells us ‘there must be oversight over political power’ (Part 3)

Teacher in the Islamic Seminary of Qom:

Prayer is a treatment for the cultural diseases of the community

Member of the Cultural Commission of Iran’s Majles: