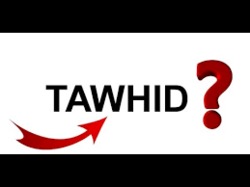 Hujjat al-Islam Islami Tanha, said, “The first is the model of Communication as Action; it was initially introduced by Shannon and Weaver in the middle of the 20th century. They worked for Bel Company, and accordingly they proposed their mechanical model.”

RNA - Hujjat al-Islam Islami Tanha, elaborating on the different models of communication, presented by the science of communications, said, “The first is the model of Communication as Action; it was initially introduced by Shannon and Weaver in the middle of the 20th century. They worked for Bel Company, and accordingly they proposed their mechanical model.”

He explained, "The said model encompasses three fundamental components: Sender, Message and Target; it is the mathematical model of communications. The sender categorises his/her message, and it may experience different disturbances; this model is mostly concerned with the transfer of message, and thus it doesn’t care who or what is the sender. Yet when the proposers developed their model into the human communication, a convoluted problem rose.”

The seminary teacher and university professor expressed, “Confronting the said problem, it underwent some changes and developments, and a second and modified model was drawn and some additional components were added; contrary to the first model, it was nonlinear, but it was rotational; its providers argued that as the sender and the target both are human, accordingly it has included the component of the field experience.”

The professor of Baqir al-Olum University added, “According to this model, the communication properly forms if it provides a good feedback. But what is wrong with this model is that it still considered communication solely in physical and mechanical terms.”

Explicating the third model, the semantic one, Hujjat al-Islam Islami Tanha said, “It is somehow more complicated; sender or receiver are absent in this model; yet both parties are communicators; and they both are supposed to communicate with each other. Due to this model, content includes the exchange of a symbolic system between the two parties until they reach a consensus.”

Employing the view of Shahid Sadr for modifying the communication model

Stressing that a fundamental change ought to be made to the existing models, he stated, “In order to modify the model, the view of Shahid Sadr is employed at this point; reviewing all devise social theories of the West, Shahid sadr found that the components of the mentioned theories are the earth, men and the links among the men.”

The seminary teacher and university professor continued, “Therefore, the religious view on the social sciences is the Tawhid approach, that is formed through the addition of God to the societal world; however, it isn’t solely a numerical addition, accordingly Quran says, if you argue that God is the third in a group of three ones, it is heresy, but if you believe that He is the fourth in a group including three ones, it won’t be heresy.”

The professor of Baqir al-Olum University, mentioning that the addition of God to the model, modifies the relations, understanding and ties, remarked, “However, it is not meant that God should be given a level of significance commensurate with what received by other components, yet, the Heavenly presence and attention to His involvement modifies the relationships. Communications are Islamic when God is added to the field of communications; and it remind us of the World of Commitment.”

“Explicating the meaning of the Islamic sciences, i.e. the semantic one, Hujjat al-Islam Islami Tanha said, “by the Islamic physics, it is not meant that there is no gravitation or that the Islamic sciences includes some different rules; nonetheless, the communication current, sought through the religious approach, goes far beyond the limits of mathematics and theology.”