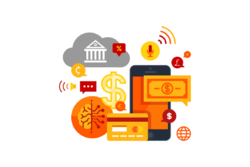 Regarding the four principal concerns of the fictitious transactions, banking interest rate, late payment penalty and working for the banks, the he member of the Jurisprudential Council of the Central Bank said, “The interest rates in Iranian banks are generally the outcome of the state’s major economy, and the high interest rates impacts the inflation rate, and though it is a concern of the esteemed sources, the existing conditions should be considered; no bank is satisfied regards high rates of interest favorable.”

RNA - Following the sessions on economics, held under the title of Ramadani School of Economics by the Economics Faculty of Razavi University of Islamic Sciences, on 04-14-2018, the member of the Judicial Council of the Central Bank, Hujjat al-Islam Abbas Mousavian presented the session of the “Challenges of the Islamic Banking in Iran.” A number of the seminary and academic researchers were present in the session, held in the Amphitheatre Hall of Razavi University. The session followed as below:

Regarding the concerns voiced by the sources of emulation over the fact that according to the Islamic Jurisprudence, the interest paid on the loan provided by banks is usury, the member of the jurisprudential Council of the Central Bank, Hujjat al-Islam Moosavian said, “Islam regards interest as usury and a grave sin. In Tafsir al-Mizan, Allameh Tabatabai mentions, “Next to heresy and apostasy, there is no heinous sin than usury, and if compared with other wrongdoings, it is seen as a highly egregious sin.”

The religious scholars wavered between two poles, on the one hand, banks provide some important services for the development of the country, and on the other hand, they are involved in the grave sin of usury. With regard to what mentioned, it was noted that banks are not usurers, yet they are charged with the usury-taking; as Islam divides transactions into two category of the right and the wrong, and if a transaction benefits the society, it is Halal/right, and if it inflicts damages on the society, it is wrong/illicit; moreover it has been mentioned that although banks provide the society with many benefits, why is it announced as illicit?

Shahid Reza, a Sunni scholar, and a pioneer of this field, offered a theory holding that the interest taken commonly by the Western banks isn’t usury, and it has been regarded wrongly as usury by several scholars; he also wrote a thoroughgoing book on this view, and being the president of the largest Sunni university in Egypt as well as a Sunni Mufti, his book and theory turned out to be well established.

On the other hand, the government, businessmen and traders came to approve the theory of usury-free banks, an idea having the potentials to be developed across the state; the said idea was accomplished, but shortly afterwards, some other scholars from al-Azhar reviewed this theory and declared that the Western banking is involved in usury-taking, and following Rashid Reza, his students provided some other theories capable of proving that the Western Banking isn’t involved in usury.”

According to some people, the banking interest isn't usury and it is a misunderstood

A couple of student of Rashid Reza offered 7 theories stating that why the Western banking is not involved in usury, they referred to some Quranic verses and narratives defining usury and its difference with banking interest paid/received by the Western banking system; they were some endeavours to highlight the differences of two related data-x-items and to show that a misunderstanding has happened and that the western banking is not involved in usury operations; such discussions are still going on and the religious scholars are following this line of thought.”

“Some religious scholars believe that the Western banking is involved in usury, this line of thought is still followed by some Shiite and Sunni scholars, and some argue that our scholars are unable of recognising the usury banking and non-usury one, and they resist against the Western banking, some others even say that the banking interest is not usury and it was misunderstood.”

Some other religious scholars such as Ayatollah Marefat and Ayatollah Sanei, distinguishing between the banking interest from usury, have written on this issue; although this view arose about 100 years ago and it is still followed, it was not institutionalised among Muslims and couldn’t attain a position among Muslim; since 50-60 years ago, a second view has come to being, according to this new view, the Western banking is involved in usury, the posed the query that though the Western Banking is involved in usury, can this banking system be corrected into usury-free banking?