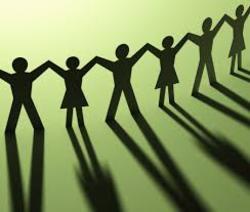 The world in which feminism rose, any belief in an absolute fact standing beyond the boundaries of time and place was impugned.

Thereby, there was neither an absolute fact, against which the true recognition be adapted and interpreted, nor an accepted Heavenly item, through resort to which human ambitions can be achieved. Therefore, there is no objectivity standing beyond what is created by the mind of the man, yet, the man makes an objective interpretation based on what is formed in his mind using the concepts of religion and other factors.

As mentioned above, according to the Islamic stance, there is an absolute fact, named religion, standing beyond the existence of the men, and in order to reach his/her true rights, the man has to resort to the holy religion; nonetheless, according to the feminist view, there is no fact falling behind the existence of the man, and it is the man himself/herself who recognises his/her own rights or lays them down.

Therefore, it is suggested that both in Islam and feminism, the fulfilment of women’s right is sought, however, despite their same purpose, their origin and the method employed by these two schools are totally different; the former looks for the rights of women through the Heavenly words and the latter searches for the same rights in human words.

According to Islam, the fulfilment of the right of man or woman is not the purpose, yet, the achievement of human rights is sought so that the best sort of human relationship is formed. In this relationship, there is no one dominant and dominated, or no subordinate position, no oppressor nor oppressed, as every person is in his/her on position and proportionate to it, s/he enjoys rights. This diversity of relationships that necessarily contributes to the creation of difference/s is the requirement of the society and maintains it.

And finally, what mentioned by this paper on the need for the difference of rights, with regard to the gender differences and as Islam puts it, doesn’t confirm all the differences of rights existing in our legal laws and our present society; as there is a wide gap between some rights and the broad aims of Islam either in the legislation process or in the execution stage, and this difference (instances such as unequal wages determined based on the gender difference)  has been taken to [and regarded] as inequality and bias against women by some.

Therefore, the necessary policies should be made in the process of legislation, adaptation of the laws to the dynamic Islamic Jurisprudence and the execution of laws so that the said malady is remedied.