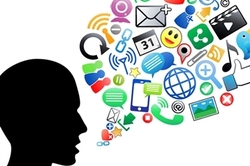 If the jurisprudence of culture is generated hastily, many problems will raise, and the generated principles will bear some bitter consequences instead of effective results. The consequences and effects of the fatwa/s issued to the society can’t be neglected.

Another introduction that should necessarily be presented within the discussion on the media, is that our religion/sect has highly diligently attended to all social issues and it is unimpeachable in this regard. Through the jurisprudence, it is attempted to implement the principles of our religion/sect; thereby, the jurisprudents have inevitably dealt with the societal issues but not from a social approach. Though the jurisprudents are well-versed in the resources of the jurisprudential principles, if the related issue/factor is not well recognised/understood through a sociological standpoint, whatever conducted will be ineffective. The absence of a sociological epistemology is due to the lack of sociological works conducted through religious approaches, therefore, the sociological analysis of the religious instructions ought to be conducted.

[Supposing that] Some few works have been conducted in this regard, unfortunately, they haven’t manage to enter the field of jurisprudence to form the basis of interpretation. Due to its own structure, the society creates values or makes changes to or transforms the values, as a result, there are mutual links and exchanges between the society and its value system. We can’t effectively deal with the social issues (or we may act destructively) unless we appropriately/sufficiently know the said dimensions of the society,

If the jurisprudence of culture is generated hastily, many problems will raise, and the generated principles will bear some bitter consequences instead of effective results. The consequences and effects of the fatwa/s issued to the society can’t be neglected. Proper understanding of the culture and society is the prelude to taking the first step firmly, and it adds to the fruits borne by the jurisprudence.

The axes of the impacts of the media on the society

The message is only an utterance until it is on the media. According to what mentioned above, “utterance” here means whatever produced verbally by each taste or line of thought. When the utterance, thought or taste is transferred to the society via media, it is exchanged among the members of the society; besides, some changes may occur (both to the message itself or the society) falling beyond the bounds of the origin of the message. If the message has some potentials, they will be employed by the members of the society, and provided that it is able to form a social institution, the society creates that institution through that thought/idea.