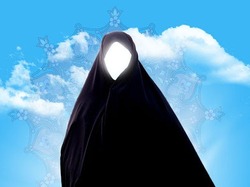 Throughout history, women have endured countless hardships and sufferings, and in parts of history, they have been treated as tradable goods, or even reduced to animals or slaves.

During the barbaric period, for example, women lived such oppressed lives that they were not considered human beings and were considered as chattels, livestock, and slaves. During this period, women were not allowed to eat or even live in the same place with their husbands, and they were beaten by their husbands with the least excuses. [1]

In ancient Greece, the character of a woman was animal-like, so that a husband could give his wife to another as an animal, like a loan or a rent or a gift [2] or offer it as a worthless commodity in the market for sale and sometimes as an inheritance to others. [3]

In ancient Rome, the woman was considered an imperfect and worthless creature. So that the fathers had the full right of their daughters and when the girl got married, they traded their authority with the girl’s husband for a sum of money. For this reason, the husband could also sell her to someone else. [4]

In Australia, the woman was considered as livestock which used just for quenching sexual needs and reproduction and during famine, she was killed for her meat. [5] In Africa, the woman did heaviest works such as building mansions, sowing seeds, farming, and irrigating. In such a situation, men were not even willing to help women in the slightest. [6]

In India, the woman’s life was subject to her husband’s life, so that after her husband death, she was also burned alive with husband’s body. Or if she survived, she lived a life of humiliation and could never get marry again. [7]

In the 5th and 6th centuries AD, there was disagreement among Christian religious leaders as to whether a woman had a rational soul and whether she was a human being. In 576 A.D, a council of great priests was formed in Mâcon[1] to settle the dispute, and after much debate, the Synod voted that the woman is human being, but has been created only to serve the man. [8]

In the period of ignorance (Pre-Islam era in Arabian Peninsula, Jahiliyyah: jāhilīyah), the greatest amount of oppression on the woman is observed. Because the woman was suffering from the most disgraceful miseries and suffered the most severe tragedies. During this period, the dignity and character of women were trampled on in the most horrible way. So that the baby girls were buried alive. In some tribes, baby girls were beheaded, and in others, they were thrown from the top of the mountain. Some tribes also drowned them. During Jahiliyyah era, the Arabs considered the birth of girls to be ominous and a disgrace, and hid it from friends and acquaintances; The girl’s family allegedly committed a crime. [9]

With the advent of Islam, women's lives entered a new phase. According to Islamic law, women enjoyed all their individual and social rights, and in the Islamic legal system, rights were set for each man and woman according to their natural duties in society.

Today, the issue of women's rights and dignity is one of the most important social issues and has raised new questions about religious thought and the status of women in Islam. Therefore, in this article, we try to examine the issue of women’s dignity in the Islamic legal system, using extra-religious (rational) and intra-religious reasons.

Dignity means to cherish and consider a person great and honorable. Dignity means honoring and magnifying a characteristic of a person that is not present in others. But dignity is different from virtue. In other words, dignity and honor is related to one’s self and has nothing to do with the others, rather, only the honor and dignity of the honored person is considered. Whereas the meaning of virtue is that a person with virtue is superior to others, even though he shares with others that virtue.

Now, when the meaning of human dignity is known, it can be explained in another way, and that is the two-dimensionality of human existence. Creatures and other beings even angels are one-dimensional, and it is only man who is composed of the two essences of reason and ego. Using this characteristic, man can reach perfection in values with effort and even reach a higher position than angels.

Intrinsic dignity means that God created man in such a way that he has more possibilities and advantages in terms of existential structure than some other beings. This kind of dignity indicates God's special care for human beings and all human beings enjoy it.

The purpose of acquired dignity is to achieve the perfection that man achieves in the light of faith and righteous deeds, and this kind of dignity is due to the effort and self-sacrifice of man and the criterion of human values and his closeness before God. [11]

In other words, man is inherently endowed with reason and wisdom, potential talents, and the best existence system, and these show his inherent dignity over many creatures. But at the same time, these characteristics does not lead to the privilege of a man over other man. The difference in the value of human beings in relation to each other is through acquired dignity, and this type of dignity is for human beings who, using the guidance of the prophets and following the religious rules, realize their inner potential talents to reach a high level of spiritual and human perfection. Progress in acquired dignity also leads to progress in human intrinsic dignity.

Part One: The Dignity of Women from a Religious Perspective

After the advent of Islam and the revelation of Quranic verses, the issue of women’s dignity and rights among Muslims, as well as questions in some cases, such as the issue of inheritance, have been asked of Shiite Imams (AS). Among these questions, we can mention the following: Ibn Abi Al-Awja, one of the naturalists of the time of Imam Sadiq (AS), was skeptical about the issue of women’s right to inherit. He asked why a poor woman who is less powerful than a man should get one share and a man who is more powerful should get two shares?

In response to this question, Imam Sadegh (AS) replied, “Because Islam has exempted women from military service. In addition, Islam considered dowry and alimony necessary for the men in women’s favor. Also, in some inadvertent crimes in which relatives have to pay Diya (Blood money), the woman is exempt from paying Diya and associating with others.” [13]

In another Hadith, Aban al-Ahmar asked Imam al-Sadiq (as) why the woman did not inherit the land and the original construction of the deceased husband. In response to this question, the Imam raised the issue of the interests of the relatives of the deceased husband and said, “Maybe the widow will marry a man from another tribe and give birth to children from him who will disturb her former husband’s relatives on the ground and in the building.” [14]

These questions make it clear that the issue of dignity and the real and legal personality of women has existed in the minds of the people since the beginning of Islam and the Imams (as) answered them.

The main claim of this article is that the Islamic legal system has best dignified women and defended the real and legal personality of women. The dignity that Islam has given to women did not exist in any pre-Islamic civilization, and after the advent of Islam, no civilization has expressed a better dignity for women than that.