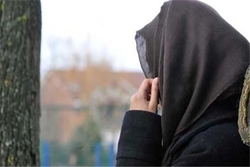 The Belgian capital of Brussels has been the scene of widespread protests over the past week as demonstrators voiced their indignation about a constitutional decision to allow the banning of headscarves in the country’s universities.

Rasa - The protesters, in their thousands, ranged from university students to anti-racist groups and women’s rights activists who expressed opposition to a June 4 ruling that claimed the prohibiting of religious symbols – including hijab – in higher education would not constitute a violation of the right to human dignity or to the right of religious freedom.

The protesters held placards bearing slogans such as “Take your hands off my headscarf,” “My right” and “Enough.”

The ruling sparked a backlash on social media among young people and students, with the organizers of the mass rally using the hashtag #HijabisFightBack to highlight the headscarf ban’s discriminatory and sexist impact.

The women’s rights campaigners described the ban as “an unprecedented breach of fundamental rights in terms of religious and philosophical convictions." Muslim students also signed a petition demanding the revocation of the contentious ruling.

Belgian rights activists said the ruling is harmful and restricts access to equal opportunities in the public sphere, and could exclude Muslim women from social life and education.

The activists further noted that women who wear headscarves might drop out of school or avoid going altogether because of the ban.

“Some will, unfortunately, give up on their dreams,” the Council of European Muslims (CEM) said about the Belgian court ruling. “And some will be forced to remove the hijab to get an education.”

Some 12 Belgian academic institutions have expressed their commitment to protecting religious freedom, stressing that they will keep welcoming all students regardless of their religion, gender, or social status.

Belgium has in the past adopted similar restrictions, known as the “Burqa Ban,” like other European Union countries such as France and the Netherlands.

The anti-Muslim and anti-immigrant rhetoric has gained momentum over the past years since the rise of far-right groups across Europe.