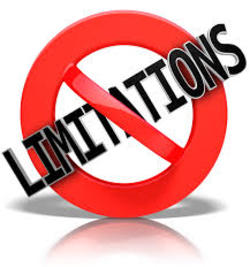 Islam has assigned different tasks and responsibilities to men and women in accordance with their psychological and physical differences. The goal Islam pursues in these tasks, isn’t to limit them, but to help maintain their human values and worth through these laws and tasks.
Is it right to limit women and give men freedom?


Concise answer
The spiritual and moral health of a society depends on that of its individuals; men and women, and the spiritual health of individuals is only reachable through training and raising them correctly.  Islam has provided its followers with many instructions and guidelines regarding raising children (the first stage of raising individuals) and individuals who have passed the stage of childhood that if put to practice correctly, will lead to a healthy society and as a result there will be no need to use pressure and force or to extreme limitations.
Islam has assigned different tasks and responsibilities to men and women in accordance with their psychological and physical differences. The goal Islam pursues in these tasks, isn’t to limit them, but to help maintain their human values and worth through these laws and tasks.

Detailed Answer
The spiritual and moral health of a society depends on that of its individuals (both men and women).  If women are to be the only ones who behave according to moral rules in society, while men don’t, such a society will never have peace of mind. At the same time, if men follow moral rules word completely, but women refuse to do so, the same will apply and such a society will always be in danger.  There will only be a healthy society when both genders have been raised correctly and are spiritually healthy, and protect themselves from potential threats and dangers by knowing of and being aware of them.
Due to the fact that men and women (or girls and boys) each have their exclusive features and different traits, what will cause or take away their health is different also.  The same way different kinds of flowers and plants in a garden require different ways of protection and nursing, the flowers of life (boys and girls) each are in need of a specific protection that differs from that of the other flower.  As Ali (as) says: "The woman is a fragrant flower"[1], women and girls are a more fragile and delicate flower that can easily be damaged with even the slightest breezes, therefore they need extra protection and care. This is why Islam has legislated the hijab and a certain dress code for them.  The hijab immunizes women of the threats that endanger her valuable treasure of modesty.  In reality, the hijab brings respect and honor to women and isn't a way to limit them offend them.  When a person has a precious belonging and puts it in a safe and locks it up, is such behavior considered offensive and degradation; is it considered something that decreases its value, or on the contrary, is it something that shows its value? Clearly, anyone would do such because of the high value of the belonging; the same goes for women in Islam and their hijab and covering.
At the same time, men aren’t as sensitive and delicate as women are.  Therefore they aren't in need of such protection, care and dressing rules (as strict as women's).  Nevertheless, Islam has assigned many responsibilities to men that women don’t have. If both men and women fully carry out their responsibilities, the spiritual health of society will be guaranteed.
Another matter that needs to be pointed to is difference in emotions and feelings of the two genders.  Women are extremely emotional and Allah (swt) has legislated laws regarding women that carrying them out will result in controlling these emotions and managing them, because if their emotions aren't controlled, it will lead to the undermining of the foundation of the family.
In a nutshell, all of Islam's rules and instructions regarding women and the tasks Islam has assigned to them is in their best interest and the interest of society; this can be called “immunization” and isn't limitation and taking it hard on them, the same goes for men and their exclusive Islamic duties.
For further information you can refer to Shahid Muttahari's book, "The Philosophy of Hijab".[2]
----------------------------------------------------------------------------------
[1] Usul Kafi, vol. 5, pg. 510, book of “honoring one’s wife”: “…فان المرأه ریحانه و لیست بقهرمانه…”
[2] Morteza Motahhari, Falsefeye Hejab, third section, pg. 71 and on.