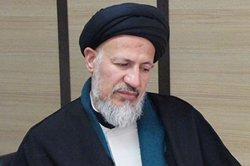 Hujjat al-Islam Doaei said, “The philosophy of the hijab goes back to the existential position ‎of men and women in the network of existence. Man is a networked being and in addition to ‎proving this, science has rational arguments and is completely consistent with religious and ‎revelatory views.”‎

RNA – The Islamic hijab refers to the various clothing of Muslim women and is a concept ‎derived from the Quran and Islamic jurisprudence. God Almighty has made religious clothing ‎obligatory for men and women but because of the delicacy and tenderness that women ‎have, they have been given paid special attention.‎

After the victory of the Islamic Revolution, the Iranian parliament passed the law on the ‎hijab, making it mandatory for women to observe it, and it was decided that if anyone ‎avoids observing the hijab in public places, she should be punished. Some people oppose ‎the passage of this law and consider the issue of the hijab as an individual and not social ‎issue and always speak of voluntary and compulsory hijab.‎

In this regard, Rasa News Agency spoke with Hujjat al-Islam Sayyed Mahmoud Doaei, the ‎secretary of the Cultural Complex of Chastity and Hijab. ‎

The philosophy of the hijab goes back to the existential position of men and women in the ‎network of existence. Man is a networked being and in addition to proving this, science has ‎rational arguments and is completely consistent with religious and revelatory views.‎

God naturally and innately instilled in men and women a very powerful attraction for sexual ‎relations so that the human race can continue and the structure designed by God for the ‎survival of the human race is the subject of marriage.‎

Undoubtedly, the hijab is not an individual matter. The clear reason is that man is not an ‎individual being. Who can claim to be an individual being and come and go and that his ‎behaviour in society has nothing to do with others? Where in the world of logic, rationality ‎and law is such a claim accepted? For example, a person gets in his car and says that I am ‎one hundred percent an individual element and I will go wherever I want and I will stop ‎wherever I want without paying attention to the traffic rules!‎

For example, in the current situation where we are witnessing the spread of the infamous ‎Coronavirus in society, can it be accepted that someone claims that his hygienic behaviour is ‎individual and that wearing a mask or not wearing it has nothing to do with anyone. ‎

Therefore, no one can say that wearing the hijab is an individual behaviour that sometimes ‎appears in society in any way they want. Today, in the most developed countries, the so-‎called democratic countries in Europe and North America, if a naked man and woman appear ‎on the street, they are immediately arrested and handed over to the law, because this ‎anomaly harms society and disrupts healthy social relations.‎

We have to admit that Western feminist elements who have influence and security codes in ‎the ruling network have been appointed in important and sensitive positions in a usurped ‎manner, elements whose entire perceptual identity and beliefs are judged on the finest ‎extremist versions of Western extremism. The soldiers of the Freemasonry network and the ‎arrogant Western Zionist lords and the oppressors are plotting to destroy Iran, they are ‎creating a plan for the enemies, and it can’t be said that they are rational soldiers. I wish the ‎security agencies monitored and overthrew the Freemasonry and feminist culture’s rations ‎and rewards.‎

Receipts of tens of millions of dollars paid to the apostate mercenary of the American and ‎Zionist regime, Ms. Masih Alinejad, who were unveiled, and I’m sure that the rations and ‎benefits of other influential pro-Western elements in the ruling network will one day be ‎revealed. ‎

Hijab is the law in the Islamic Republic of Iran and the hijab is also the law in Islam. In the ‎case of the law of fallacy, authority and coercion are, by the logic of social rationality, a ‎mischievous and doomed move. When a matter becomes law, all individuals under a political ‎and legal system are obliged to obey and enforce that law. ‎

Fortunately, this law ultimately benefits from rationality, expediency and wisdom because the ‎observance of the hijab is also considered canonical law. God Almighty is All-Knowing, All-‎Wise and all that He has ordained and enacted for His servants in this law have wisdom are ‎for the benefit of human beings because God is absolutely Self Sufficient and He doesn’t ‎benefit from the implementation of these laws. Therefore, when he instructs the first person ‎of the world of creation, Prophet Muhammad, to order the wives and women of the Islamic ‎society to observe the Islamic hijab within the shari’ah, it shows that this law is full of ‎wisdom and expediency. ‎

In Iran, the issue of the hijab isn’t optional and mandatory because the hijab is a choice. ‎Hijab means the style of chastity covering the intellectual, religious, academic, legal and ‎intelligent choice of the educated Muslim generation of Iran.‎