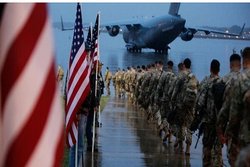 The intensification of anti-American attacks in various parts of Iraq has left American terrorists with no other option than to pull out from Iraq.

RNA – The recent series of developments in Iraq show that US leaders themselves have come to the conclusion that they are no longer as safe and secure in Iraq as they once were. The targeting of US interests in Iraq has increased dramatically in recent months, the root cause of which is Washington's hostile actions.

Rocket attacks on various US terrorist bases, especially on Camp Taji in Baghdad, rocket attacks on the Green Zone where the Washington embassy is located, uncoordinated public raids of the US embassy due to the country’s interference in Iraq’s internal affairs, are all a series of developments that have taken place in Iraq in recent days and have directly targeted the interests of the Americans.

Meanwhile, the American military base "Bismayah" near Baghdad was hit by 4 rockets Friday night. Following the attack, the Americans finally acted on their previous decision to evacuate the base. In one of the latest incidents, however, a supply convoy of American terrorist forces was hit with a roadside bomb in the Makishifa district in Saladin province. After the convoy was targeted, American helicopters were sent to reconnoiter the area.

Informed sources said that the targeted convoy included 11 Hummer vehicles, generators, and MARP vehicles. The Ashab-al-Kahf later in a statement claimed responsibility for the attack on the US military convoy in a move that made Americans feel even more insecure in Iraq. All of these attacks were in fact natural reactions of the Resistance to the hostile political and military behavior of the United States against Iraq.

These cases indicate that the interests of the United States in Iraq are currently at direct and serious risk. Among them, the military convoys and bases, which are manifestations of American terrorists’ occupation, are more vulnerable than anything else. US officials are well aware of the extent and depth of the threats to their forces.

Still, the strategy pursued by US leaders is to divert public attention from the spread of threat and insecurity against their troops in Iraq. US officials are trying to cover up the dangers currently facing their troops in Iraq by raising issues such as strategic talks and negotiations with the Baghdad government, the need to dismantle the activities of Resistance groups in Iraq, as well as by intervening in Iraq’s political affairs.

In fact, the Americans have made every effort to prevent public opinion from paying attention to the series of intense operations against their direct interests in different parts of Iraq. That is why they are trying to cover up the blows they have suffered in recent weeks by relying on diversion tactics and creating hype over unimportant issues. 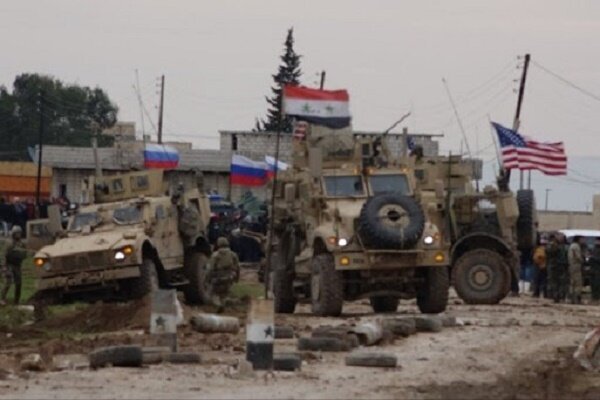 All these efforts are in vain as the collective demand of the Iraqi Resistance groups and public opinion is the withdrawal of the United States from this country. Even various political parties and movements have repeatedly and on various occasions called for the need to implement the official resolution of the Iraqi Parliament on the expulsion of foreign forces, particularly the American ones, from Iraq. Therefore, it is clear that the withdrawal of American troops from Iraq is a collective and public demand.

It is perfectly clear that the Americans are left with no choice but to leave Iraq. Although they are trying to normalize the situation of their troops in Iraq, they are well aware of the extent of the damage done to the ranks of the military, and therefore, the withdrawal is the first and last way to relieve the Americans of the dangers waiting for them in Iraq.

Despite all this, the American strategy in Iraq shows that they are already focusing their efforts on delaying their withdrawal from the country. Raising the issue of strategic talks with the central government in Baghdad can be a tactic to that effect. On the other hand, Washington's actions in inciting the Iraqi Kurdistan Regional Government officials and persuading them to defend the US military presence in the region is another factor that shows that the American leaders are looking to buy more time before leaving Iraq.

In any case, it goes without saying that military operations against American terrorists have already begun in various parts of Iraq, and today no spot can be considered a safe haven for American troops in this country. This is exactly what the Americans are very concerned about. They know full well that the next military strike on Iraqi soil may be far more destructive than any other time.