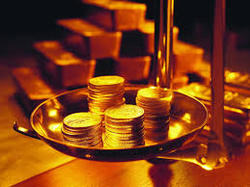 The fact that a woman’s inheritance is half that of a man’s has enticed many to delve into the rationale behind this rule. In the answers that have reached us from the leaders of religion, the following point has been stressed: The reason that the inheritance of man is more is because the upkeep of women is upon the shoulders of men. In other words, aside from the fact that a man must look after himself, he is also responsible for the upkeep and expenses of his wife and children. From another point of view, it is the man who gives the dowry to the woman and she is the one who takes it from him.

In reality, it is possible to say that what the woman takes in the form of inheritance and dowry is tantamount to her savings, whereas the portion of the inheritance of the man is spent on the expenses of his daily life and that of his wife and children. Aside from this, certain other responsibilities have been placed on the shoulders of a man, which necessitate his spending money in order to carry them out. For example a man must spend money in the way of war, or if one of his relatives accidentally kills someone or injures someone he must pay certain monies to the family of the victim, whereas a woman has no responsibility in this regard. So even though what is apparent is that the share of a man in inheritance is two times that of a woman, in all practicality his share in the sum total of personal wealth is far less than hers. While on the other hand, in exchange for the “excess” inheritance, man has heavier responsibilities to shoulder than a woman. So in brief it can be said that the inheritance of men and women being different is so as to implement a sort of balance between the rights and responsibilities of each group.
Detailed Answer

Before answering this question, it is necessary to remember that the rule that states that the portion of inheritance of a man is twice that of a woman is not true across the board. In some cases we find that men and women take an equal sum of inheritance, like for instance the father and the mother of the deceased who take an equal amount of inheritance. In this case there is no difference between man and woman.

Having said this, it is necessary to address the question of why the share of a woman’s inheritance is half of that of a man’s? Is this not a type of favouritism?

In a tradition, Imam Ja’far b. Muhammad as-Sadiq (ع) was asked as to why women take one portion of inheritance when we see that they are weaker than men and they are more in need of help than them? Why is it that a man, who is stronger than a woman and whose body is more powerful than hers should get a double share of inheritance? Imam Ja’far b. Muhammad as-Sadiq (ع) replied that the reason for this is that a man has more responsibilities and he must go to war, enduring many expenses in the process. Aside from his own expenses, a man must also take upon himself the expenses of his spouse and children. What’s more, he must give money to the family of a person accidentally injured by one of his family members.[1]

In another tradition, Imam Ja’far b. Muhammad as-Sadiq (ع) emphasized the fact that it is the man which must give dowry to the woman—this being a recompense to the loss incurred by her in her inheritance[2].

Islam’s position on inheritance is in reality to the benefit of the woman. In the Age of Ignorance, the daughters and wives of the deceased were deprived of inheritance and all of the wealth of the deceased went to his sons. Islam, however, came and annulled the laws of the ignorant times and made women amongst the inheritors of the deceased. From its inception, Islam gave women an independence in ownership and monetary matters, this being a matter that has only but recently entered the laws of European nations. Even though apparently the inheritance of a man is double that of a woman, when we probe into the matter more thoroughly, we find that the inheritance of a woman is two times that of a man. The responsibilities that have been placed on the shoulders of men necessitates that they spend half of their income on women. Any given man is obligated to spend money on his spouse’s home, clothes, food, and other expenses, while the cost of living of himself and his children are on his shoulders. This responsibility of upkeep is to such an extent that even if a woman’s social position necessitates her having a servant and she herself does not have the means to pay for such a person, the salary of the aforementioned servant is upon her husband.

These responsibilities are on the shoulders of men, whereas we see that women are exempted from paying any living expenses, including their own–whether that be clothes or food. Therefore and in all practicality, it is woman who has more of a portion of wealth than man.

In the commentary of the Qur`an, Tafsir-e-Namunah,an example has been given that is useful in clarifying what we are trying to say. Consider, for example, that the sum total of all the wealth of the world is 30 billion pounds. Say that this wealth was distributed by means of inheritance between men and women. From this amount of money, 20 billion pounds went to men and 10 billion went to women. Since women do not have to spend on themselves, they can save that 10 billion and become partners with the men in the remaining 20 billion (since the portion of men is spent on women and children). So half of the portion of men, which is 10 billion pounds, goes to women. When we add this amount to the portion that the women saved from before, their sum total becomes 20 billion pounds.

By taking into consideration what was just said, we can say that the reasons that women’s portion of inheritance is less than that of men’s are three:

2. Allowance: In family life, aside from the fact that a man must look after his own expenses, he is responsible to take upon himself the expenses of his wife and children. For amongst the responsibilities of a man is the provision of food, clothes, and shelter for his wife that is in line with her social status. Even if a woman were to have a large amount of wealth, she has no responsibility in this regards. Not only does a woman have no obligation in this regards, but if she wanted to, she could ask of a wage for the work she does at home such as breastfeeding her children, cooking, etc.

3. Special responsibilities of man: Some very heavy responsibilities have been placed on men’s shoulders; responsibilities that women have been excused from. A good example is warfare in the path of Allah (awj). A man must wage war with his life and his wealth. In some of the verses of the Noble Qur`an war by means of wealth has even been placed ahead of war by means of life. A man must spend from his own pocket the expenses of his going to war. Or when someone is killed by another person, the men of the family of the culprit must pay money to the victim’s family, but women are freed form such an expense.

As can be seen, Islam did not intend to pass laws for the benefit of man and to the detriment of woman, or vice versa. Islam is not an advocate of “woman’s rights,” or that of men’s. More than anything, when passing laws Islam, has taken into consideration the eternal felicity of men, women, their children, and society as a whole. In any case, in line with the monetary responsibilities that it has relegated for men, Islam has in many instances divided wealth between men and women—such an instance being inheritance. It is not possible for us to claim that there is discrimination in this regards. Also, the whole corpus of the laws of Islam regarding men and women necessitate that the laws of inheritance be a certain way. This matter does not allow us to object to the civil laws of Islam.

In the end, it is possible for us to say that if it is true that the expenses of the woman are upon the shoulders of the man, then what use does woman have in hoarding a large amount of wealth? We can answer by saying that the dowry and inheritance of the woman is like a savings that is for her future, in case she separates from her spouse or her spouse dies. It is so she can lead a comfortable and respected life in case such events happen. But the reason that the expenses of the woman is upon the man is so that she can, without any sort of mental anxiety, raise good and pious children. In this way the family, which is the cornerstone of society, will be filled with warmth and love.

In the end we would like to point our reader’s attention to the following: If it should arise that circumstances necessitate that the owner of the wealth should help out the wife or the daughters more than his sons, then this person can do this by following the procedures laid out in Islamic Jurisprudence. For example, if the father thinks it prudent to help his daughter more, he can, in his lifetime, give as a gift, some of his wealth to her. Also he can give a larger portion than her share of inheritance by writing a specific will in this regard.
-------------------------------------------------------
[1] al-Kafi, vol. 7, pg. 85:
مَا بَالُ الْمَرْأَةِ الْمِسْکِینَةِ الضَّعِیفَةِ تَأْخُذُ سَهْماً وَاحِداً وَ یَأْخُذُ الرَّجُلُ سَهْمَیْنِ قَالَ فَذَکَرَ بَعْضُ أَصْحَابِنَا لِأَبِی عَبْدِ اللَّهِ ع فَقَالَ إِنَّ الْمَرْأَةَ لَیْسَ عَلَیْهَا جِهَادٌ وَ لاَ نَفَقَةٌ وَ لاَ مَعْقُلَةٌ وَ إِنَّمَا ذَلِکَ عَلَى الرِّجَالِ وَ لِذَلِکَ جَعَلَ لِلْمَرْأَةِ سَهْماً وَاحِداً وَ لِلرَّجُلِ سَهْمَیْنِ.

The West has made women tools for worldly desires