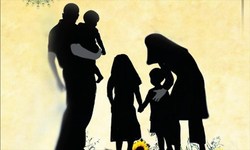 In addition to the disintegration of the families, marriage rarely occurs in the Western lifestyle. The ones brought up and trained within this civilization have no tendency to marry, have children and head a family.

RNA - The lifestyle and culture of living applies to categories such as family, marriage, type of residence, kind of dressing, consumption pattern, recreations and free times, business, individual and social behaviours in different environments, and in other words, to all the issues that form the body of man’s life. Although the Western culture is charming, indeed it encompasses a material, lustful, sinful, identity-annihilating and anti-spirituality lifestyle. At this part, the economic, social and individual consequences of the Western lifestyle are dealt with.

Consumerism is an issue that contributes to the formation of the Western lifestyle. [1] Myles believes that there is no available and ready definition for consumerism. Nonetheless, providing some notes and characteristics, he offers a definition for consumerism. For example, he deals with an aspect of consumerism that is considered as a cultural attitude. “According to him, consumerism is broad and a cultural and ideological basis. He believes although consumption is an action, consumerism is a lifestyle. In fact, consumerism is the cultural dimension of the common action of consumption.” [2] With regard to this definition, it can be concluded that consumerism is an aspect of the lifestyle, specifically the Western one. The phenomenon of consumerism is also examined from a social perspective. According to many experts, Thorstein Veblen has firstly introduced this social-economic concept, encouraging society to purchase goods and services as many as possible. Veblen, the American-Norwegian economist and sociologist, and a founder of institutionalism, in his book “ The Theory of the Leisure Class” introduced the “Hypocritical Consumption”. A slogan of this culture is “I buy, therefore I am”. [3] However, naturally and regardless of the imported consumerist culture, consumption is the result of need, i.e. the true need. “In usual conditions, consumption depends on need, opportunities and limitations of the environment (natural, cultural and societal), availability of desirable and economical goods and services, purchasing power, satisfaction, the requirement of the lifestyle and social position and etc. The consumerism guaranteeing both ideology and itself is an ideology that is reflected through consumerist behaviours. The claim of the ideology hidden in consumerism is that happiness in this world is nothing but the power and the chance to frequently consume different satisfactory goods and services. [4]

Today, consumerism is a chief slogan of the material Western culture, and according to it, “you ought to buy and consume as much as you can”. Through this slogan, the competition for purchase and consumption has turned to a chief component of this culture. Therefore, competition for purchasing and consuming goods started among the individual in society. Some aspects of this culture are frequently seen on our national and private media of Iran. The new consumerism and the development of large stores (supplying foodstuff, furniture, clothes, electrical devices and etc. in a complex) have accustomed people to high levels of consumerism. In such stores, people are surrounded by an environment supplying diverse goods. Although making purchases in such stores significantly saves the time of the customers, they encourage people to buy more. In addition, keeping up with fashions is an effective factor contributing to the consumerism, according to which, goods should be promoted and used in a specific (limited) time. [5] Maybe, such example made the supreme leader of the revolution attend to the consumerism phenomenon and lifestyle in our country.

But, there is a highly significant and recommended issue in the religious lifestyle, named “contentment and piety”. Many worshipping deeds of the holy religion of Islam, such as fasting, being benevolent to the poor, attention to the neighbours and etc., highlight the said moral virtue. Moreover, saving and abstention from wasting form another aspect of the Islamic lifestyle, it stands against the sheer consumerism that is rooted in the Western lifestyle. In the process of naming the years, the supreme leader of the revolution named a year as the year of “Correction of the Consumption Pattern”. Reading a message upon the start of that year (1388 solar year) and announcing the name of the year, he examined the damages caused by the pcurrent manner of consuming the means and resources of the stated, and then said, “Regarding the issue of consumption, expending the financial means and resources of the state, created and collected with much difficulty by us, all our brother compatriots and governmental officials, we are acting negligently, .... we are wasting the resources inconsiderately and profligately. Many resources of the state have been wasted both at individual and public levels. We should lower the consumption wisely. Consumption, according to both Islam and all the scholars of the world, should be controlled.” [6]

Concerning the wastes did by our consumerist culture, at the beginning of the year of Correction of the Consumption Pattern, the leader of the revolution said, “A big share of state’s resources is wasted by the wrong manner of consumption. We should lower the consumption wisely. Consumption, according to both Islam and all the scholars of the world, should be controlled.”

Pointing to the cultural category of wrong consumption of the means and resources and its roots in the consumerist and sensual culture, the leader of the revolution mentioned some outcomes of this false culture, including the strengthening of the class opposition and widening the social gap, destruction of the states’ resources and etc. The consumption can’t be managed with sensation, desires of the heart and mundane wants. It leads to a point that the resources of the countries are wasted, the gap between the poor and the rich widens. In this situation, when a group longs for meeting their basic needs, another group wastes the resources profligately and negligently. We should correct the consumption pattern. We are supposed to step towards the correction of the consumption pattern.” [7]

In the final part of his speech, the supreme leader dealt with the responsibility of real and legal persons in this regard. Specifically, he introduced three groups responsible for finding a remedy to this malady, including the individuals having a social rank and position (reference and distinguished ones), common people (poor and rich). “Officials of the state are the first group, either in the Legislative Branch, Executive Branch and other ones; the Judicial Branch and others, individuals and figures having different social positions, and our people, either poor or rich, they all should attend to the principle of correction of the consumption pattern. The present consumption pattern in all areas of life, consuming fragrantly, irrationally and unwisely damages the state and all people. I ask all people, especially the officials to do their best to resolve this issue and make arrangements for the correction of the consumption pattern. Therefore, I name this year the year of “The Movement of People and Officials towards the Correction of the Consumption Pattern”, and I hope the title of “The Correction of the Consumption Pattern” act for all of us as an instruction, and we manage to act according to this important, essential and critical slogan in favour of the country and use the resources of our country the best.” [8]

In addition to the disintegration of the families, a terrible consequence of this phenomenon is that marriage rarely occurs in the Western lifestyle. In a manner that the ones brought up and trained within this civilization have no tendency to marry, have children and head a family.