A characteristic example for the execution of the cultural-educational policies of the oppressing powers by the penetration movement is the secret implementation of some communicated instructions of 2030 Document inside the country.

RNA - Unfortunately, the hostile movements opposing the progress of Islam and the Islamic Revolution, having hypocritical and religious faces [11], are attempting to distribute this corrupt lifestyle within our country, a style that is the main cause of West’s decline. Similar to such moves, some plans are being implemented in other Muslim countries under the strategy of cultural invasion. Some West-oriented political elites, the negligent or deceived officials and the media associated with the penetration movement, underplaying the maternal role in the original Islamic culture up to servitude to the male gender, along with arousing the emotions of women, attempt to send women as the cheap labour force to the working environments, and in addition, to promote the culture of delivering the children to the kindergartens through adapting them to being far from the home, and to encourage people to have fewer or no children.

A characteristic example for the execution of the cultural-educational policies of the oppressing powers by the penetration movement is the secret implementation of some communicated instructions of 2030 Document inside the country. This instrument, removed from the schedule of the government due to the vehement opposition of the supreme leader of the revolution, indeed has been devised based on the national security doctrines of the US. “The United Nation is a tool for promotion of the targets of the world oppression system, and the basis of what UNESCO does is the Western liberal ideology that is against the Islamic thought. Moreover, with regard to the document issued by Pentagon, and according to the national security doctrines of the US, UNESCO is an arm executing the US policies in other countries, and it receives its principal plans and programs from the said centre. The latest instructions in this regard was communicated by then president of the US, Barack Obama in 2011, and it was updated later under the title of “Investment for Development” in the international conference of “Innovation in Education”, held in Doha, Qatar’s capital and in 2015 and in the presence of Obama’s wife, Michele Obama, who also spoke in this event. According to the said update, the 2030 Document was ratified on November 4, 2015, in the UNESCO’s office in Paris in the presence of the member countries, including Iran. Though the official position of the Islamic Republic System on the destructive and imposed policies of this instrument was announced some years ago, some parts of the document are still executed in schools, kindergartens and other cultural and educational organisations. 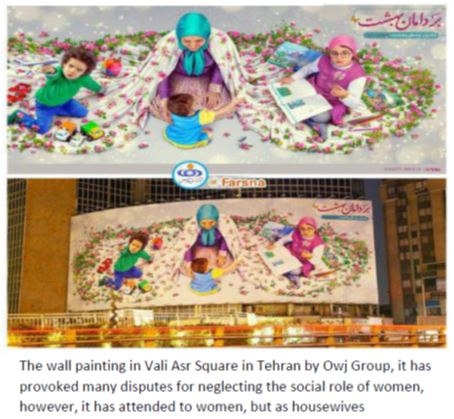 Image 4. A post published by president’s former deputy for women and family of the eleventh president, Shahindokh Molaverdi, attacking a cultural institute's painting on the maternal role of women, March 2019.

The corrupt Western culture interprets and introduces the superiority of the man as economic and managerial prominence, and on this basis, the example of women for participation in economic activities is set. According to capitalism, the priority of the man is having money and the power accrued form that money, and therefore, using this prioritisation, they introduce housewives as weak due to their lack of economic independence and are humiliated, and encouraged to get a job. “Capitalism is the spirit that governs modernity, and in modernity, accumulation of capital is the ruling principle. In the capitalist culture, power is interpreted as an economic item and positions and values are measured against money. This approach highly impacts family and woman. As power is interpreted as the dominance over financial resources, women’s power is similarly seen in having occupation and administrative positions”. [13]