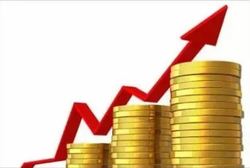 The increase in the number of services and mediating jobs in the economic culture of people and neglect of generative jobs is another consequence of the promotion of the western lifestyle.

RNA - Even in economic terms, it is not right and economic to separate a mother and wife from the family in order to introduce a cheap workforce to society. As although a jobless person has been added to the forces who are active in the society, her separation from the family causes more losses and damages, heavier than what can be measured using the material and financial calculations.

As the man should appropriate time for economic activities and meeting the needs of his family, the woman, setting the family as her priority, and being responsible for bringing up children and playing an active role in the family, is also supposed to particiapate in economic activities.

Finally, it should be noted that according to the stance of Islam and the Islamic Revolution, having a job and working out is not inappropriate or wrong for women. Moreover, the education and social activities of women are absolutely necessary. According to statistics and evidence, the participation of women in social areas has been fostered by the Islamic revolution and it is a source of honour for it that, preserving women’s dignity, it has promoted the participation of women in social and revolutionary activities, and even in occupational positions to a level higher than that belonging to the former regime. However, what is important for Islam is that women’s social participation shouldn’t dominate their presence in the family environment, i.e., as the man should appropriate time for economic activities and meeting the needs of his family, the woman, setting the family as her priority, and being responsible for bringing up children and playing an active role in family, is also supposed to participate in economic activities. “Islam recognises the right of women to work, moreover, it stresses their financial independence and fair salaries. Thereby, the legal system of Islam is pioneering, and it has legalised the financial independence of women prior to the West. On the other hand, the legal system of Islam has set conditions and limits for the occupation of women aimed at preserving the dignity and personality of the woman and the interests of the family and society. Protection of family’s foundation, raising child, spiritual and psychological tranquillity of women and society are some basic interests highly stressed by Islam. Therefore, setting limitations and disciplines are done with the purpose of fostering and maintaining the family and activation of its positive functions, and accordingly, some conditions only apply to married women. Thus, Islam has permitted women to both work out and conduct other social task and issues, and it avoids approaching women’s working from a single side. Even as women’s working in some occupation is necessary, considering this issue along with the priority of the family, Islam has esteemed the rights of women more than the West. However, non-religious and non-Islamic movements, humiliating the women who choose housekeeping as their first responsibility, introduce such women as inefficient and useless: “Another issue that should be considered is the neglect of housekeeping as a job. Women’s housekeeping is highly significant, nonetheless, as house works and affairs have always been done by women, such affairs are neglected and as a result, the role of women at home is underplayed or ignored. Yet, in spiritual terms, Islam regards women’s housekeeping equal to the jihad of the men, and materially, women can ask for wages for what they do.” [15]

Regarding the significance of housekeeping, the supreme leader said, “A highly important task of women is housekeeping. All know that I don’t believe that women should stop working in the social and political positions; no, it is not wrong; yet, if this condition makes us consider housekeeping as low, it will be a sin. Housekeeping is a job; a great, important, essential and future-making job. Bearing children is an act of bravery. With our errors and mistakes, housekeeping has been neglected for a while in our country, and its deleterious consequences are showing themselves today.” [16]

Economic, intermediary and service jobs instead of generative jobs

The increase in the number of services and mediating jobs in the economic culture of people and neglect of generative jobs is another consequence of the promotion of the western lifestyle. As, on the individual and social levels, the Western lifestyle pushes people towards seeking conveniences, and as a result, people look for importing and mediating jobs instead of seeking the generative occupations. Moreover, for developing adhocracy, the oppression system regards some developing states, such as Arab states neighbouring the Persian Gulf, as the business hub, and considers other developing countries which are rich with oil and gas resources, such African and some states neighbouring the Persian Gulf, as the supplier of the raw materials of the developed countries’ industries. Naturally, the culture provided by this oppressing system pushes society towards giving significance to the aforesaid jobs. Different from the Islamic culture, in this culture, the dealer of a foreign product is esteemed more than an engineer and a worker of the factory, farm and etc. An event that has evidently occurred in some sub-cultures across Iran, the ones that are under the influenced of the oppression system.

A characteristic example for what mentioned in the few past years is the seizure of the smuggled cargo of clothes belonging to the daughter of the Minister of Industry, Mines and Trade. On May 1, 2017, a cargo of imported clothes, suspicious of being smuggled was seized by the disciplinary forces. It belonged to the daughter of then minister of education, and then it was divulged that she has committed some other similar cases in the past. She was exculpated within 48 hours by the related organisations, however, the first deputy of the president, Ishaq Jahangiri defended her explicitly in a TV Program broadcasting presidential election debates, and it shows the companies belonging to the minister of education and his daughter were active in importing goods. Responding to another presidential candidate who mentioned the example of the said minister's daughter as against what the government claimed on its attention to the national production, Jahangiri said, “She was the unemployed innocent daughter of the minister who had resorted to importing clothes.” [17]