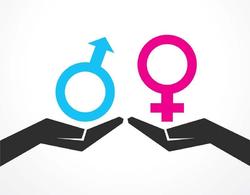 Dealing with or neglect of the gender differences for determination of women’s rights makes the main difference between Islam and feminism.

RNA - Dealing with or neglect of the gender differences for determination of women’s rights makes the main difference between Islam and feminism. The essence of this difference, reflected in the epistemological and ontological principles of the said schools of thought, is rooted in the fact that “who does determine the good?” In Islam, it is determined by God, the Sublime, however, in feminism, the human being decides what is good for the man.

The gender-related differences between the woman and the man on which their differences of rights are based is an issue that has raised several doubts and questions on the issue of violence against women. Concerning gender differences, there are two completely opposing views.

According to the first view, the difference/s of rights show/s the cruelty and bias against the women, as the meaning of justice is establishing equality between man and woman, and consideration of any difference between them is seen by this view as the violation of the justice; nonetheless, with regard to the second approach, consideration of man and woman absolutely the same results in injustice against women, as the neglect of the natural differences of the female and seeing it the same as the opposite gender, is a sexual cruelty.

As in accordance with this view, through such a treatment, the “Self” of the woman will be lost, and besides, her Self is accomplished in the existence of the men; an act that is a cruelty against woman, as it consigns the woman to oblivion, the woman won’t recognise this alienation of their selves and remain in this compound ignorance.

With regard to the philosophical arguments, gender is not inconsistent with the origin of the humanity. In other words, being woman or man doesn’t lower or raise humanity quality of any person. Because, gender is a randomly distributed attribute that is influenced by the essence, and thus, it is not a natural factor contributing to the development of essential differences. One of the aforesaid arguments is the argument articulated by Abu Ali Sina.

In Shifa book, he says:

According to this approach, gender is an attribute like colour, it is not an essential feature, yet it divides human beings into two groups of men and women. The main issue here is that “whether does this difference cause a disparity between the two groups in terms of their rights?”

This question can be answered from two stances: 1. According to the first view, it is assumed that the discrepancy is not much serious to lead to a difference of rights; as equal legal rights are appropriated for the black and white people, though they are different in terms of colour. Therefore, the gender difference between the man and woman doesn’t result in the disparity of their legal rights.

Faculty member of the Islamic Culture and Islamic Research Centre:‏