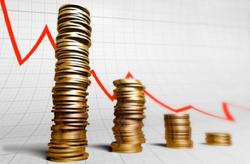 RNA - The next concern is on the interest of the loans. A couple of causes contribute to this problem: our economy is inflammatory, all the governments come up with the slogan of lowering the inflation rate to a one-digit level, they do their best to reduce the inflation rate in their first years of office, yet after a while, the inflation takes quick upward trend; therefore, the defects contributing to the acute problem of inflation lie in our economy and not in the banking system.

The interest rates in Iranian banks are generally is the outcome of the state’s major economy, and the high interest rates impact the inflation rate, and though the esteemed concern of the sources of emulation is right here, the existing conditions and causes should also be considered.; the high interest rate is not favourable to no central bank or bank, yet in the current economic conditions of Iran, if the Central bank and banks are pressured to lower the interest rate, some of the banking deposits will be taken out and it has some negative economic consequences.

The practical solutions to this problem are twofold: in accordance with the first fundamental method, the Central Bank should hold scientific discussions on this issue and reach a religious lawful solution preventing from violations; and the second, a short-term solution, requires the customers to meet the deadline/s for paying the instalments so that they won’t be made to pay the consideration.

The fourth concern is over the employment by the banks; it should be noted that, the religion of Islam provides some general disciplines for employment. According to Islam, if the job is not religiously unlawful, its salary/wage will be also lawful, and that how the employer acquires the salary of his/her employees doesn’t pertain to the employee.