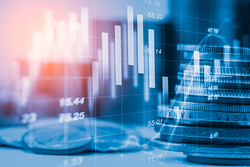 This paper, employing library method and a mathematical approach model, attempts to both elaborate on the Islamic venture model of capitalization and the strategy letting the financer exit that model through the reductive partnership contract.

RNA - A highly significant concern of economic firms, especially those newly founded, is finding some good financing methods. Venture capital (VC) is an idea specifically appertaining to financing these firms, and it has been welcomed and applied by world economies.

As the traditional methods of this type of capitalisations don’t conform to the Islamic principles, Muslim countries seek to employ the Islamic venture capital model through those contracts commensurate with Islam religion, such as partnership contracts.

This research, employing the library method and a mathematical approach model, attempts to both elaborate on the Islamic venture model of investment and the strategy of leaving that model for the investor within the reductive partnership contract. The results of this study show that in the intended exit strategy, the time entrepreneur needs to assume the full ownership of the economic project depends on the three factors of the capital of financer, entrepreneur’s capital and the expected profit of each period. Explanation of the manner and direction of these dependencies in two immutable and mutable situations of the economic project are the other results of the present study.

A chief concern of and challenge before the economic companies and firms, especially the newly-founded ones, is financing and attraction of capitals. With regard to the fact that the newly founded firms have had no impressive performance in terms of receiving and repaying facilities, a few banks or financial institutes trust them and provide them with sufficient financial resources.

Moreover, the capitalisation of such new firms by those few monetary and financial institutes will be subject to the provision of some highly invaluable collaterals, a condition that can't be met by the said economic firms. The venture capital (VC) is an invention for capitalising these newly-founded firms, a strategy, though young, welcomed by many world countries.

The distance of Venture Capital to Islamic Principles

Following the Islamic Revolution, the financial system of Iran became bound to observe the religious regulations; the religion (Islam) encompasses a collection of regulations and principles that organise all aspects of life, including social, political and economic. A major aspect of life is its economic dimension, and in order to organise it, the Islamic system has introduced a set of rules within a specific framework, called the Islamic financial system. Within this intellectual system, people are encouraged to perform those business activities, just transactions and entrepreneurship that are commensurate with the Islamic principles.

Critical analysis of venture capital mechanisms used by conventional economics shows that this invention doesn’t conform to Islamic principles. Therefore, some Islamic models should be developed for venture capital and financing of newly founded companies and economic firms.

The present research, carried out through the library method, is an attempt in order to answer two main queries:

Here, after the introduction, the review of the literature will be presented. Then, the venture capital and its conformity with the Islamic principles, together with its similarities to and differences from the Islamic venture capital will be dealt with and some examples will be provided for them. And in the next part, presenting a mathematical approach model, the foundations of the Islamic venture capital and the strategy for leaving such investment through the reductive partnership contract will be introduced. The final part of the paper presents the summary and conclusion of the research.