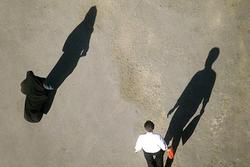 Dr. Baqir Sarookhani, a veteran of Iranian sociology, has carried out several in-depth and comprehensive studies on social damages like divorce. The book “Divorce”, published in Iran, is a thoroughgoing work in this area, and it scientifically reviews the social damage of divorce.

RNA - Dr. Baqir Sarookhani, a veteran of Iranian sociology, has carried out in-depth and comprehensive studies on the social damages such as divorce. The book “Divorce”, published in Iran, is a pioneering thorough work in this area, and it scientifically reviews the social damage of divorce.

Although the book was published several years ago, the issues it dealt with are notable, and thus, the researchers of the field of social damages are recommended to read this book. The book was published by Tehran University Press and its electronic version is now accessible on different websites.

Divorce has long been a highly challenging issue in human societies

Divorce has long been a highly thorny issue in human societies. As it directly or indirectly impacts the mental balance of the spouses, children, relatives and friends; in addition, it has some undeniable negative effects on the economic system, quantity and quality of the population system and cultural system. Thereby, recognition of its different causes, dimensions and impacts on individual and society is immensely important.

Divorce, as a phenomenon causing separation of two persons, is a malady present in all societies

Divorce, as a phenomenon causing separation of two persons, is a malady present in all societies; however, it is a complex issue and difficult to be examined. As the relationship between the woman and man is highly rich and multifaceted, the recognition and determination of the real causes of divorces need some sophisticated and ingenious devices.

If divorce is looked upon from outside, some of its chief causes may possibly be identified; however, it is not so. Divorce has long been regarded as an ill event by different cultures. The analysis of the statistics and studies carried out for identifying the causes of divorces and finding some ways for lowering its number reflects its importance together with its negative effects on different sides of the human societies.

The most hidden and complex type of relationship is the one between the husband and the wife. Accordingly, finding the causes of the differences and problems that lead to divorce and separation of man and woman is not easy. Overall, the reasons provided by the man and woman for deciding to separate from each other are not the chief cause/s and deciding for divorce is a clear reason pointing to the oppositions between the man and woman, and showing that there is no balance in this deepest kind of relationship, that makes the man or woman decide to separate. The number of people who consciously decide for divorce, despite knowing all its negative consequences, is so low or don’t enjoy sufficient mental health.

On the one hand, awareness of the ways of understanding the phenomenon of divorce and the conditions and factors contributing to it in different countries, legal and judicial laws appertaining to it and finding the related solutions for this issue, plus their analysis, are some key issues on which the related research should focus.

The book “Divorce” includes 5 chapters. The first elaborates on the concept of divorce and the principal scientific and research methods of examining this phenomenon. The second deals with divorce in Iran, Western and industrialised countries, in addition, it discusses the characteristics of divorce in the rural and urban societies.

This chapter reads:‌ Each kind of relationship is possible to be severed. Although the purpose of the society is not to stop divorcing, it is to lower the number of divorces. And the conditions of society is the key factor in the exploration of divorce.

Cases of divorce are disparate in different societies in terms of breadth and dimensions. On the other hand, each divorce in each society has its own specific causes, therefore, the comparison of a society’s divorce statistics to that of another society won’t be useful if the conditions of two societies are not considered. For example, in an epicureanist society that is focused on mundane enjoyment and materials, relationships are fragile and rootless.

In such a society, marriage is not regarded as a holy association, and accordingly, divorce is not seen as an ugly phenomenon; for instance, if in the Caribbean region the continuous marital life of a couple is strange, some other societies consider marriage a Heavenly link; thereby, a country’s divorce statistics and its remedies for this malady can’t be compared to those of another country, and each country should be considered with regard to its own culture and specifications.