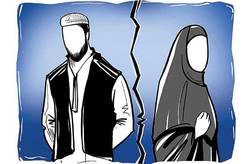 There are many reasons to get married, but the reasoning for refusing to do so is often difficult. A person gets married because of some beliefs and reasons.

There are many reasons to get married, but the reasoning for refusing to do so is often difficult. A person gets married because of some beliefs and reasons. But the same beliefs can cause significant problems and contradictions in marriage. In this article, we will look at four common misconceptions about marriage and examine them.

Some people get married with the misconception that they can escape the stressful environment of their family. These stressful situations include parental conflicts, drug addiction of one of the parents, physical abuse, inattention, rejection and violence, and so on. As a result, they hastily decide to get married, and turn a blind eye to many misunderstandings and problems with their future spouse and do not take the problems seriously. These people do not actually enter into a relationship for married life. Instead, they resort to marriage to get rid of parental abuse, which may be more annoying. After marriage, these people soon realize that they have bigger problems. Because they have not paid attention to the important point that in such circumstances, people are not mentally prepared for mutual evaluation and do not have the conditions to decide to get married. With such a decision they will also lose their families and will have no support for the difficult days of their two-person life. Usually, such marriages are more likely to fail.

Social status is one of the issues that greatly increases people’s mistake in choosing a spouse. Significant titles and situations can easily affect other characteristics of a person, in other words, it will close one’s eyes to other things. In this case, the person gets married the situation of the other party and has nothing to do with himself or herself and the characteristics with which s/he wants to live. In such situations, one should ask: “Apart from the position, what other characteristics does the other party have that have become attractive?”. The belief that “If a woman marries a doctor, she does not need to study and become a doctor herself and it is enough for her to get married a doctor; then everyone will call her doctor.”; should be changed and revised. Because after marriage, a husband and wife who are both or one of them are doctors are not doctors at home, but spouses. If a person is faced with a case for marriage with a specific job and opportunity, s/he should imagine him or her without those positions and ask herself or himself: “If s/he didn’t have that position, would s/he still be an acceptable case for me?”

Having a lot of money or wealth is one of the misconceptions in the marriage that increases a person’s chance of making a mistake in choosing a future spouse. The spread of the misconception among young people that “If I marry a rich spouse, I can overcome my financial difficulties and make a new change in the current state of my life”; has led to the neglect of the other parties’ moral and personality standards in premarital estimates and their financial and economic status to take priority. One should bear in mind that getting married a person without considering the basic criteria for choosing a spouse, equivalence, without deep love and only from a materialistic point of view and only for the sake of money; definitely is not rational. In marriages that are conducted solely for financial reasons, if some slight issues take place for the wealth of the rich party, the strength and motivation to continue living together will be reduced. People who are financially motivated to get married should be asked: “Will you still think about living with your spouse if s/he loses all his or her wealth and well-being soon?”.

Queen’s hand found in British politics, past and present

Compromising with the US doesn’t solve the country’s problems