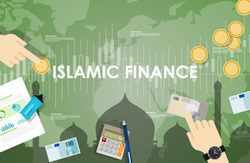 The Islamic bazaar is said to have some different features, including conformity to the religion, being commensurate with human codes of ethics, honesty, guidance, policy-making and supervised by the government; Although honesty is covered by ethics, it is regarded as a separate category due to its importance.

RNA - “The Islamic bazaar is said to have some different features, including conformity to the religion, being commensurate with human codes of ethics, honesty, guidance, policy-making and supervised by the government; Although honesty is covered by ethics, it is regarded as a separate category due to its importance. In the capitalist market, clarity is also introduced separately, however, homogeneity of the commodities and clarity are not evident and nothing is wrong with such characteristic.”

Then, Hujjat al-Islam Husseini, the faculty member of the Seminary and University Centre for Research, stressing the essential commodity, reviewed the theory of the Islamic Market,  and said, “This paper has some significant advantages, for instance in terms of format, composition, clarity, scientific content and being based on the past research works.”

Working for the Islamic Economy Is a Scientific Battle

“Working within economics and micro-economy and dealing with their subcategories, due to their limited resources, like what Hujjat al-Islam Rajaei has done, is a scientific battle; Delving into the foundations, principles and values and developing Islamic models and frameworks for analysing the phenomena is what has been rarely studied in the field of Islamic micro-economy, a valuable work that should be highly appreciated.”

“As all know, Islamic economy and the Islamic economics together form a young science having some diverse approaches among which there are multiple differences in terms of motivation, method and model and theories, however, much work should be done yet for reaching a desirable point.”

“With regard to the micro-economy, it can’t be claimed that the Islamic economy has been developed; some good attempts, with advantages and disadvantages, have been made, yet some more works should be done, and the paper on the Islamic Market Theory Stressing the Essential Commodity is an example in this regard.”

“The literature review is a basis in scientific work, i.e., the research is not be started from scratch, therefore, the paper on the Islamic Theory was a good work, it looked for the past research and reviewed the related works.”

“Another note that should be mentioned and discussed here is the title of the discussion. It can be expressed differently using more effective terms, i.e. the theory of the Islamic Market may heighten the expectations, and if we would like to act humbly, we should choose a less-striking title, for example, “the analysis of supply and demand for the essential commodity” can be a better title as it emphasizes the essential commodity within the Islamic bazaar, and when the hypothesis proposed by a research is introduced, proved and accepted, that outcome of that work can be named a theory.”

“What this work means is different from what it says, for instance, the epistemological principles, a significant item, was neglected in the original paper, or it doesn’t deal with different categories of the purpose, though they should have been covered.”

“Hujjat al-Islam Rajaei explained that positive and normative issues are covered by this study though it is focused solely on the content and command economy; Hujjat al-Islam Rajaei said that the method employed for the elaboration on the theory of the Islamic Market is extracted from the Quran and tradition, yet, what is extracted from the Holy Quran and tradition is against what he explained on the epistemological foundations.”

“Foundations for an intuitive, rational and experimental category, they have been rarely employed and what is used by the paper in this regard are more normative; a group of desired data-x-items have been gathered to be introduced, however, a more accurate definition should be provided in order to determine that whether what happens in practice, together with the actual bazaar, is Islamic or not.”

“In other words, it should be noted that how much are the Islamic rules, principles and ideals required to be implemented in the society so that it becomes an Islamic society? It means, whether is the bazaar of the Islamic Republic of Iran an Islamic bazaar or not? If not, why it is not Islamic? And if it is Islamic, up to what level is it Islamic? Whether fully or somehow? There is no positive issue commensurate with the society, therefore, clarification had better be made and the issue should be defined accurately.”

“The Islamic economy neither summarises its duty into an explanation of the existing conditions nor it defines the present situation as desired; yet, it introduces the present man who likes wealth, commits corruption; besides, it introduces some desired data-x-items for the man, it helps the man to reach a good level. Indeed, the purpose of this economy is to curb corruptions and it makes what is expected from Islam.”

“The other point is that, although starting from scratch (foundation), and introducing the aims and strategic purposes is great, some concepts have been left non-explicated and remained some unproven claims; when materials/concepts aren't presented completely, the work won’t be regarded as an acceptable scientific research, for instance, many issues like essential commodity, just profit and etc. haven’t been properly discussed.”

“The paper puts forth some claims without providing sufficient evidence for them, for example, it claims that in a just Islamic bazaar, production is simultaneously harmonic and synergistic, it is a bold claim, and if it was true, the economy of the Islamic Republic should have boomed.”

Once criticisms were expressed, Hujjat al-Islam Rajaei addressed them, he stated, “This paper is not an official piece of research, therefore it doesn’t point to undone works, however, it has a literature review; regarding the issue of covering several vast data-x-items and that explaining them through a single work leads to doubts, it should be noted that each part of the paper is covered in a single piece of research in detail, and this paper was not to cover all the data-x-items together.”