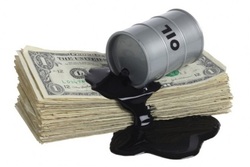 A step taken by the government for the regulation of the economic system within the Islamic government is the formation of the supreme council of economic coordination; this council is responsible for making strategic decisions on modifying the general budget, drawing the roadmap and developing a general plan, however, although the supreme leader provided some guidance in this regard about seven months ago, these modifications are still to be made, an act that is seriously criticised by the related experts.

RNA - The just distribution of resources, opportunities, means and in the next phase, the just redistribution of income and wealth among the individuals within the society are some vital components of Islam’s combined index of economic justice. On the other hand, preferring the self to others [selfishness] in the distribution of natural properties is another important factor contributing to the unjust distribution of wealth.

According to Islam economic literature, all Muslims have the right to profit from the sources of wealth

There are several verses and narratives in Islam economic literature referring to the right specifically given to all Muslims to justly profit from the sources re/distribution of income/wealth resources, and the fact stating that ‘the poor have a share of the properties owned by the wealthy’ is an evidence in this regard; for instance, concerning the said issue, Imam Sadiq (AS) said, “God, the Sublime, has put a share for the poor in the properties of the wealthy, therefore, the wealthy aren’t permitted to give their properties to those not sharing this wealth.”

With regard to the mentioned narrative, Imam Khomeini also said, “Certainly, the property having more than one owner is a joint one, therefore, the poor have a share in the properties of the wealthy, and accordingly, the wealthy individual who has not paid the right of the poor is supposed to pay their share out of the joint property, otherwise, the said share will increase progressively up to a degree that he won’t be able to clear it even with the whole his property.”

On the other hand, the resources of wealth and income are not confined to personal properties; as a result, the natural resources fall into three categories of the spoils, conquered lands and public properties. The Islamic government is authorized to decide about them in terms of acquiring their ownership, make interventions about them or do supervision over them.

A step taken by the government for the regulation of the economic system within the Islamic government is the formation of the supreme council of economic coordination; this council is responsible for making strategic decisions on modifying the general budget, drawing the roadmap and developing a general plan, however, although the supreme leader provided some guidance in this regard about seven months ago, these modifications are still to be made, an act that is seriously criticised by the related experts.

A strong criticism of the decisions made by the supreme economic council, which is responsible for modifying the budget structure and financial management of the Islamic government, is its neglect of class discrimination and the rent-driven behaviour prevailing in the financial/banking management system of the state; the following data-x-items are some few instances of economic blunders and historical mistakes of the present government in wasting the public budget of the state via directing liquidity to individuals and unproductive industries.

The just modification of budget structure and supplying its deficit in the next year highly depends on the prevention from the waste of the abundant resources used by the unproductive wealthy deciles of the society within the inefficient subsidy system. For example, if the oil income accrued from the sale of the oil, sold 40 $ cheaper than the price in the market, is distributed among Iranian families instead of paying it to 10 petrochemical companies, eight of which are private, or private-public and the remaining are public, each Iranian family will monthly receive 2-2.5 million Tooman, and the omission of this secret subsidy resolves the problem of budget deficit.

In addition, another related issue here is the funds saved due to the elimination of the budget deficit, the problem resolved via prevention from the waste of thousands of billion Toomans in the process of government’s allocating foreign exchange funds and its potential income, an issue against which many experts have warned; the whole amount of imports of the state in a year is about 70 billion $, yet the policy adopted by government for meeting ‘all needs’ with 4200 Tooman foreign exchange led to registration of a high number of orders for imports in only first four months of the year, a rate that is three times more than the rate of orders for imports registered in the whole year!

In order to understand all the details of the disaster occurred in the area of foreign exchange allocation, a simple but bitter calculation shows that a waste has occurred that is almost equal to an annual oil income of the state, because the oil income of the country in the current year has been specified 21 billion $ in the general budget, and it is just three billion $ more than the rate of the imports in the first four months of 1396 solar year; indeed, regardless of the said three billion $, in the first four months of last year, a sum equal to the total oil income of the state in a year has been spent on imports.

Certainly, a country that is engaged in a full-scale economic war against the enemy is required to follow the principles governing the authorities of the Islamic government in re-/distribution of the resources, specifically by the supreme council of economic coordination.

Therefore, the use of abundant strategic resources needs setting targets for and just allocation of the existing foreign exchange resources through the establishment of a comprehensive database; the base ought to encompass the necessary imported items, moreover, it is supposed to modify the inefficient rent-driven and corruption-causing subsidy procedure, a procedure that bears no fruit but adding to the number of the economic corrupts.