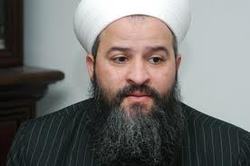 The member of the Leadership Council of Ennahda Unitarian Movement, saying that the World Quds Day is a belief of the Islamic Ummah, called it a firm response to all anti-Palestinian deals and conferences.

RNA - Sheikh Khizr al-Kabish, the member of the Leadership Council of Ennahda Unitarian Movement in Lebanon, through a talk with Rasa News Agency, stressed, “The World Quds Day, as well as its march, held on the final Friday of the Ramadan month, as determined by Imam Khomeini, has turned to a sacred and pivotal belief of the Islamic Uma.”

The member of the Leadership Council of Ennahda Unitarian Movement of the Lebanon added, “The Islamic belief originated from the World Quds Day, links the Muslim Uma, Masjid al-Aqsa and Palestine, and it is deeply rooted in the holy Quran.”

The Lebanese scholar added, “What Saudis do to hinder Muslims’ movements conducted on the World Quds Day is a part of their plots against Palestine, they haven’t hypocritically announced a clear positon on Palestine and Israel, and what they do are doomed to failure.”

Pointing to the anti-Palestinian Manama conference, he reiterated, “It is the first step of the Deal of the Century. The march of the final Friday of Ramadan will be a resolute response to such acts.”