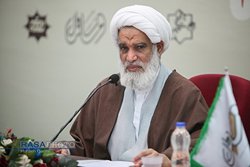 A member of the Board of Directors of the Assembly of Experts of the Leadership said that ‎the actors in the sedition in Lebanon are American mercenaries, the Zionists and the House ‎of Saud and said, “Hezbollah will overcome this sedition by turning threats into ‎opportunities.”‎

RNA – It has been a few days since the news of the horrific and painful explosion in the Port ‎of Beirut was published and we are witnessing a wave of Westerners and internal enemies of ‎the Islamic Resistance Front blowing a wave of discord and events after this terrible ‎explosion, while domestic and Western dissenters are to blame for this incident.‎

Inspired by Western colonial plans, some Lebanese political currents are trying to blame ‎Hezbollah for the big explosion in the Port of Beirut in order to catch fish from the muddy ‎water to achieve their nefarious goals.‎

According to the plan called “Hot Summer,” we are slowly realizing the traces of the sinister ‎Western-Hebrew-Arab triad in the recent unrest in Lebanon and we find that by directing the ‎flame of sedition towards Hezbollah and the Islamic Resistance Front and creating a ‎psychological atmosphere in Lebanese society, this sinister current intends to lead the unrest ‎to Iraq and then to Iran.‎

In an exclusive interview with Rasa News Agency, Ayatollah Abbas Ka’bi, a member of the ‎Board of Directors of the Assembly of Experts of the Leadership, argued that the West and ‎enemies of the Islamic Resistance Front have taken advantage of the recent events in ‎Lebanon after the explosion in the Port of Beirut and said, “The sedition occurring in ‎Lebanon, which was intensified due to the huge explosion in the Port of Beirut, is one of the ‎greatest and dangerous regional seditions created by the United States, the Zionists and the ‎House of Saud.”‎

The Society of Seminary Teachers of Qom described the goal of the enemies of the Islamic ‎Resistance Axis to launch sedition in Lebanon as follows, “The aim of this sedition is to ‎complete the incomplete work of the seditionists against Hezbollah in the 2006 33-Day War ‎and to bring the great sedition of the Takfiris and Daesh to an end through insurgency and ‎turmoil, to plan a soft overthrow, to set an example for the countries of the region, to ‎distort the facts and to intensify pressure and economic sanctions upon the Islamic ‎Resistance.”‎

He stated that the actors in the Lebanese sedition are the direct servants of the United ‎States, the Zionist regime and the House of Saud and Muhammad ibn Salman [the Crown ‎Prince of Saudi Arabia] himself and introduced one of these mercenaries as George Nader, a ‎retired Lebanese army officer and said, “This individual has dual American and Lebanese ‎citizenship and has already led some of the past seditious actions on the direct orders of the ‎criminal Trump and the Zionist regime and with the funding of the House of Saud.”‎

Ayatollah Ka’bi‏ ‏noted,‎‏ ‏‎“Nader and a group of retired Lebanese army officers or staff are ‎currently stationed at the Lebanese Foreign Ministry after occupying ministries in Lebanon in ‎order to lead the recent sedition against Hezbollah after the bombing of the Port of Beirut.”‎

The representative of the people of Khuzestan province in Assembly of Experts pointed out ‎that Nader and his group are inciting riots in Lebanon behind the scenes of the recent ‎sedition in the country and specified, “The movement of Saad al-Hariri and the like are also ‎present in the field of this great sedition and are carrying out their actions with a subversive ‎approach.” ‎

He pointed out that the sedition in Lebanon was launched with the presence of Emmanuel ‎Macron, the President of France, in this country and said, “Nader is even connected with ‎some of the movements against the Islamic Republic and this shows that the chain of great ‎sedition that started from Lebanon, with the deceit of the United States, Zionism and the ‎House of Saud has ultimately targeted the Islamic Republic.”‎

Ayatollah Ka’bi‏ ‏said that Hezbollah would be stronger than before from the threats that ‎would create great opportunities for the Islamic Resistance movement in the region and ‎would overcome this sedition and noted, “The American, Zionist and Saudi movements have ‎been challenged and they want to make up for their successive defeats in the region with ‎this great sedition and we have no doubt that they will face a great defeat.”‎

In conclusion, he emphasized, “The experience of the Islamic Resistance has shown that the ‎strong triad of the army, the nation and Hezbollah, along with the intelligence and special ‎wisdom of the great warrior Sayyid Hasan Nasrallah and with determination, will, unity, ‎empathy, brotherhood and the presence of Lebanese people on the scene, this great ‎American, Zionist and Saudi sedition will be defeated.”‎
‎
Rasa News Agency