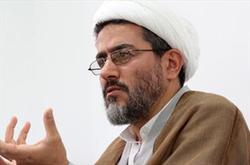 Hujjat al-Islam Zibaeeinezhad called the family the component of the power of the Islamic system, and described the unwise involvement in the area of the family as destructive.

RNA - Hujjat al-Islam Zibaeenezhad, in a session held by the Vasail Centre of Governmental Jurisprudence in Rasa meeting Hall, pointing to the existing models of population and family, said, “the first is the traditional and religious example in which the man manages the family, and the next to him, is the woman, but the modern world is attempting to show this authority-based model as despotic.”

He continued, “The second model is the global model in which the management is shared by the man and woman.”

Pointing to the post-modern model he said, “management is absent in this model, and parents shouldn’t transfer their values to their own children.”

Pointing to the issue of Hijab and enemies’ investment on this area, he said, “we shouldn’t be defeated in this area, as this failure will lead to defeat in many other fields; prior to any entrance into the field of Hijab and population, we should refer to the scientific/religious resources and then do the epistemology.”

Hujjat al-Islam Zibaeeinezhad, saying that the Muslim society in which the family is highly strong and stable, stressed the abstention from interruptions into the tasks of the family and its members and then said, “Any unwise involvement in and meddling with the issue of the family can act destructively.”