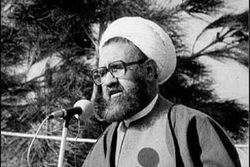 He added, “The second is analyzed when the meaning has entered the world of belief, some facts are absolute, some are conditional, some are presented within the field of human behavior, and some are not exemplified and should be believed generally; meaning is crystalized within the existence of the man and the man acts based on this meaning.”

The faculty member of Baqir al-Olum University added, “The third world exists in the behavior of the man and includes political, economic, cultural and social dimensions; the field of knowledge is its softest part, and its hardest one is power, and a society should have all the mentioned items, and the lack of each item damages the others.”