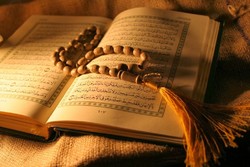 RNA – To find the best kind of lifestyle, it is necessary to consider a model that ‎considers all the cognitive and behavioural components of human beings in the best ‎form and on the other hand, it should not be opposed to incontestable‏ ‏scientific ‎findings and it should see the temporal world and the hereafter together, and it should ‎not neglect any of the material and spiritual dimensions of mankind. It can be argued ‎that this is the Islamic lifestyle.‎

In fact, it seeks to shape a particular type of the life of a human being. “The moral, ‎legal and jurisprudential guidelines of religion are, in fact, intended to provide a model ‎of a religious and God-pleasing life. The style of dress, food, grooming, family, ‎neighbours, co-workers and co-religionists and those of other religions and inter-‎religious and inter-denominational interactions in religion are all about building a ‎religious lifestyle.‎

Since Islam has provided instructions in all areas of human life, if one always considers ‎these instructions in their life and they underpin all aspects of their life, they have acted ‎per the Islamic lifestyle.‎

In defining the Islamic lifestyle, it should be said that this style, action and behaviour ‎are in accordance with the divine and Islamic teachings. In such a way that the Islamic ‎character is stable in the existence of the individual as a semantic system and is ‎manifested in all aspects of the behaviour and actions of Muslims. The Islamic lifestyle, ‎because it is a lifestyle which deals with behaviour and practices and has no direct ‎relationship with cognition, knowledge and emotions, but because it is Islamic, it ‎cannot be unrelated to emotions and cognitions.‎

In this method, the depth of one’s beliefs, emotions and attitudes are measured, and ‎one’s behaviour alone is not evaluated. In other words, in lifestyle, from other points of ‎view, attention is only paid to the behaviour and the thought and intention of ‎behaviour is not examined, but the Islamic lifestyle cannot be indifferent to intentions, ‎while its insistence on behaviour is based on people’s intentions, it also pays attention ‎to emotions and knowledge which support behaviour.‎

In the Islamic lifestyle, behaviours can be compared to numerous beads of a misbahah ‎‎(rosary) in which the Islamic lifestyle not only pays attention to the beads themselves ‎but it also pays attention to what connects them together, namely, the thread of the ‎rosary. Even behaviour, such as prayer, if it does not support belief in God and ‎resurrection, is not considered Islamic behaviour, as many of the behaviours of ascetics ‎and Sufis are not Islamic.‎

The Levels of the Islamic lifestyle

The Islamic lifestyle is a concept that can be examined at three levels, these levels are: ‎insight, action and tendencies. ‎

The first level: Insight. Insight means the same knowledge, knowledge, beliefs and ‎intellectual foundations of the person that causes the emergence, behaviour and action ‎in the person.‎

The second level: Action. Action also includes deeds, behaviours, and speech. In ‎other words, whatever is in the realm of one’s activities is called action and is the result ‎of one’s insight.‎

The third level: Tendencies. Man tends to do certain acts over time and abandons ‎certain actions over time, and because his actions are the result of his insight, he tends ‎to them in such a way that it is difficult for him to change those actions or it is ‎impossible and causes him dissatisfaction.‎

Of these three levels, the most important and fundamental is the first stage, insight. In ‎such a way that if we can create insight and belief in a person, he will unconsciously ‎manifest that action and behaviour that results from his insight. That is why many ‎verses in the Holy Quran try to change the wrong views and beliefs into the correct ‎ones. ‎

The Foundations of the Islamic lifestyle

Monotheism is the main foundation of the Islamic lifestyle, in which all other principles, ‎including prophethood, imamate (leadership) and ma’ad (resurrection), have their ‎meaning. When the monotheistic insight overshadows one’s personal life, all aspects of ‎one’s life, from prayer and worship to gaining a livelihood and business, education, ‎entertainment, socializing, health, food, architecture, the art of speaking, production, ‎consumption, one’s outward appearance and beautification and the like, follow this ‎path. It sets and gives all the details of its life a divine dimension.‎

That is why the Supreme Leader of the Islamic Revolution, Ayatollah Sayyed Ali ‎Khamenei, says that monotheism is not only a philosophical and intellectual theory but ‎also a lifestyle for human beings. God governs over your life and cuts off the hands of ‎various powers. La ilaha ill-Allah [there is no deity but God], which is the main message ‎of the Prophet Muhammad and all the prophets, means that the oppressive and evil ‎powers must not interfere in the life, path and in choosing the lifestyle of the people. If ‎monotheism is realized in the life of human society, the world of mankind will also ‎develop and become prosperous and this world will be in the service of the true ‎evolution and excellence of mankind.‎

Another foundation of the Islamic lifestyle is the belief in prophethood. It must be said ‎that man cannot find a proper and healthy education without a guide and will go ‎astray. The philosophy of the mission of the divine prophets has been to purify and ‎teach wisdom and to train the people and imamate is in the continuation of this path. ‎For this reason, prophets and their vicegerents have never been absent from human ‎life. ‎

Prophethood was completed with the Holy Prophet of Islam, Muhammad, and the most ‎complete guiding programs in various aspects of life were revealed in Islam. The ‎Prophet Muhammad became the “Seal of the Prophets” and his religion became the last ‎and the seal of the divine religions. Therefore, the Prophet Muhammad is the ‎manifestation of the divine teacher in the human world and he is the divine model of ‎other teachers. Belief in prophethood takes a person out of the stalemates and ‎confusion of life and shows them the way.‎

The next foundation that can be mentioned in this regard is the belief in imamate ‎‎(leadership). Imamate is the banner of religion, imamate is both the root and the ‎branch, imamate revives the tree of Islam, grows it and nourishes it. Imamate is very ‎important, such that as it is higher than prayer, fasting, jihad, hajj and all the branches ‎and sub-principles of Islam. It is in the shadow of the imamate that prayer and zakat ‎are completed.‎

Therefore, in some narrations, it is stated that prayer is not acceptable in any way ‎without imamate. A society that prays, but does not have an Imam, has no connection ‎with imamate and does not move on the line of the Imam, its prayer, fasting, zakat, ‎hajj and jihad are not complete and correct.‎

All human misery in personal, family, social, governmental, international and global ‎affairs is due to the lack of a divine government and the lack of human guidance by ‎these God-chosen individuals because human dignity and creation are such that ‎individual and collective wisdom without the inspiration from revelatory sources does ‎not deserve this guidance.‎

The foundation of belief in ma’ad (resurrection) is another foundation of the Islamic ‎lifestyle. It must be said that “faith in resurrection and life after death is one of the ‎issues that existed among all the heavenly religions and is one of their basic ‎foundations.” All of the divine prophets, after theology and monotheism, have taught ‎of the existence of the world after death and have called mankind to faith and attention ‎to life after death.‎

The religion of Islam, which is the most complete of the heavenly religions, considers ‎the basis of resurrection as one of the foundations of its worldview and considers faith ‎in it as a condition for being a Muslim and one of the pillars of the religion of Islam. In ‎other words, if a person does not believe in life after death and denies the basis of ‎resurrection, he is outside the ranks of the Muslims and is outside the realm of Islam.‎