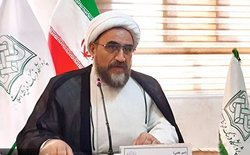 RNA – In an exclusive interview with Rasa News Agency, Hujjat al-Islam Mohsen Mohajernia referred to the important instructions of the Supreme Leader of the Islamic Revolution [Ayatollah Khamenei] during a meeting with members of the Supreme Council of the Islamic Seminaries on the necessity of safeguarding revolutionary passion in the seminaries and said, “The Islamic Seminaries are the arms of the production of religious knowledge for the Islamic system, just as the universities are the arms of the production of experimental sciences for the Islamic system.”

In conclusion, Hujjat al-Islam Mohajernia referred to the story of the IRGC’s missile attack on the United States’ Ayn al-Asad Airbase in Iraq and said, “In 1988, Americans martyred 296 innocent people in an attack on Iran Air Flight 655 but we could not do anything while today, we rained down rockets on the largest American base in the region and no one dared to respond. This revolutionary spirit of revival and demonstration of the revival of the ideology of the Islamic Revolution is such that it requires intellectual support and appreciation and this must be done by the Islamic Seminaries and scholars.”