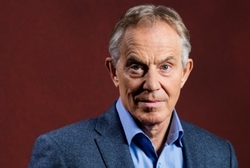 RNA - In a putatively scholarly piece – which makes deceptive use of academic language – the report by the Tony Blair Institute for Global Change (TBIGC) tries to project the IRGC as darkly as possible.

Entitled “Beyond Borders: the Expansionist Ideology of Iran’s Islamic Revolutionary Guard Corps”, the pseudo-scholarly report supports the US Donald Trump Administration’s terrorist designation of the popular Iranian military organisation and effectively argues for the UK and European governments to follow suit.

The TBIGC is believed to be influential within British policy circles and for that reason alone this report must be taken seriously in so far as it is trying to nudge the British government into adopting a hardline stance against Iran.

The thinktank’s sources of funding are unclear but late last year the Telegraph reported that Bair was seeking funding for his thinktank from the EU as he campaigned against Brexit.

Bair’s extensive financial affairs have caused controversy in the past with the Telegraph reporting on June 11, 2015, that British tax payers were paying up to £16,000 a week for the former PM to develop his global business empire.

The paper claimed that Blair traveled the world on private jets with a squad of police bodyguards whilst staying at five star hotels, all at the tax payer’s expense.

During his time in office, Blair often indulged in hardline and extreme rhetoric against Iran.

Founded in 1979, the IRGC is at the forefront of protecting the country and the Islamic Revolution against both domestic and external enemies.

The IRGC’s role in fighting and defeating Daesh – as well as its support for the Palestinians and the region’s oppressed people more broadly – has upset Western powers, notably the US and the UK.