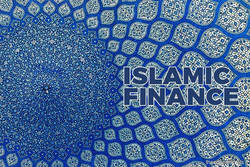 The market has been developed in the Islamic civilization, however, the market mechanism of the capitalist system has been technically dealt with in this culture instead of developing a specific market mechanism for Islamic economics.

RNA - “The market has been developed in the Islamic civilization, however, the market mechanism of the capitalist system has been technically dealt with in this culture instead of developing a specific market mechanism for Islamic economics. As a result, for knowing the issue of the bazaar, we have to resort to the area of the capitalist system’s bazaar, know the issue properly and then extract it from Quran, tradition and principles within the Islamic economy and introduce it, for bazaar is possible to be presented in accordance with the capitalist bazaar, otherwise, a new bazaar should be established.”

“As mentioned earlier, positive economics is not dealt with here, and the normative type of economics is under the focus. This movement is made aiming at the evolution for which some desirable dos and don’ts appertaining to bazaar should be extracted from the Quran and tradition. This topic encompasses a set of variables, it is claimed that bazaar covers two categories of demand and supply. The demand itself depends on the price, the price of the commodity and other goods also depend on the taste and income, thereby, the term demand itself covers a couple of variables that should be presented according to the Quran and tradition. In addition, it should be observed that whether such variables conform to the Quran and tradition or not, and whether is there any other related variables? Whether do they provide a new definition for the variables or is their definition the same as the existing definitions?”

“In the next step, variables should be analysed and solidified, i.e. their mutable vast domain and the relationships among them should be examined, they ought to be linked together so that this system comes into motion; for the theory come into motion and to be directed into the right path, some assessment criteria/indexes should be developed within the theory.”

“The present paper also deals with foundations. Epistemology is regarded as the origin of knowledge and also as a device for sensing and experimentation; although they are the chief tools of acquiring knowledge, wisdom, heart and Heavenly revelation are the supreme sources of gaining sublime knowledge.”

The Purposes of the Economic Man

“The economy is aimed at the system of the bazaar and the purpose of the economic man is gaining the proper perfection or sublime knowledge, and the felicity can’t be attained through the employment of senses, experimentation and their requirements, accordingly, the Quran and tradition are highly needed for this purpose. Positivity is a characteristic of the absolute exploration, thereby whatever positivity is borrowed from the capitalist bazaar and micro economy for establishing the theory of bazaar is commensurate with the religious positivity, and we are not against the positivity of the economics, yet, such positivity is rare; theoretical knowledge should become certain. It should be noted that the positive knowledge, the Heavenly book and revelation are the sole sources empty of doubts, and in order to become reliable, each recognition should reach the level of certainty.”

“Two basic topics are presented by ontological foundations. As through each economic activity, the origin and end form two chief foundations, in bazaar also both on the sides of production and demand, attention to the origin and end form the core of ontological foundations; according to the ontological foundations, the Quran describes the good societal environment as a clear area in which people live a pure and good life, and the most principal strategy for the clear life is the training that leads to production. Concerning production, the said strategy recommends us to observe some values and principles on distribution and consumption [which are two bases of the Islamic bazaar], a recommendation that leads to purification.”

“The behavioural values are taken from three principles which are present on both sides of demand and supply. As the foundations, the said items, together with background factors contributing to demand and supply are investigated, they are also recognised as there normative principles derived from Islamic norms and command economy and religious dos and don’ts. They summarise all dos and don’ts, i.e., the tables of contents of the books on business, foods and beverage and Vasail ash-Shia book into three principles of observing values, appreciating life and social reciprocal responsibility as the basis.”

“Therefore, the factors impacting demand and supply will contribute to lowering the costs, increase of efficiency, moderate consumption and finally stable and dynamic labour market; the gist of the present discussion maintains that a phrase of the Islamic Market Theory is focused on the essential commodity, it impacts the epistemological and ontological foundations and effective factors. Reduction of the costs of production leads to the increase of efficiency in production, and in the area of demand and consumption, it makes the consumption moderate, and these factors together with each other make the commodity market, and if it is compared with the perfect competition market, it has higher degrees of efficiency and stability.”

“The purpose of the economic man, as the consumer and producer in the capitalist system, is predetermined, they have borrowed utilitarianism from Jeremy Bentham, therefore, for a deep epistemology, the theory of Bentham, setting enjoyment as the end, has been examined, and different evidence indicate that material enjoyment is what he means in this regard.”

“The Islamic philosophy of ethics deals with different types of enjoyment, overall, it states, “the man as the consumer in the Islamic market seeks to maximise voluntary enjoyments, as such joys are involuntary in some cases, they fall into two categories of active and passive enjoyments. Some enjoyments are impractical, non-real and temporary illusions, however, here, the sustainable enjoyment is meant; as the man is composed of a body and a soul, he owns (experiences) a natural body, an isthmus (Barzakh) body and a single soul (in the Hereafter), and among these three ones, the soul is the only one experiencing the sustainable enjoyment.”

“Via the purpose of the economic man as the producer, we haven’t discussed the term maximisation, however, in the area of supply in the capitalist system, maximisation is dealt with. Nonetheless, here in this paper, we couldn’t employ maximisation against the consuming economic man who seeks to gain a just lawful profit, this end is cautiously presented, i.e. we have to ask, “what is the purpose of the economic man of earning lawful income?” “Is he to take pride in buying an abundance of golden coins and silvers?” It is an important purpose and meeting the costs of life, performing the religious activities and maintaining the reputation of Islam, performing the chief obligations and etc. can be mentioned in this regard.”