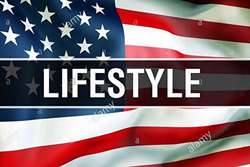 RNA – We have read and heard a lot of information about the need for a stance against the ‎arrogant powers, resistance to the tyranny of the hegemonic powers, and the nature of ‎propositions such as “Death to America” from a religious and national perspective. But ‎really, how should these goals be achieved? Is the mere repetition of “Death to America” in ‎small and large gatherings, which are occasionally held on various occasions in the country, ‎sufficient to fulfill the religious duties of a Muslim against the arrogant powers?‎

Does simply saying, “Resistance is a good thing and the arrogant powers are a bad thing!” ‎‎(What some speakers of official forums have been saying for years!) Does the national ‎interest of our country provide for the comprehensive attacks of the enemies and make ‎society resilient?‎

With this introduction, an interview was presented with Dr. Hamidreza Gholamzadeh, who ‎holds a Ph.D. in American Studies and a lecturer at the University of Applied Science and ‎Technology in Tehran. In this discussion, this social and political researcher points out how ‎to have a principled confrontation‏ ‏with the arrogant powers regarding lifestyle. ‎

The opposite of arrogant powers is freedom. In everyday life, we have multiple stereotypes ‎that have been formed or shaped, depriving us of our freedom and achieving the objectives ‎of the arrogant powers. The lack of this freedom has been done through tools like the ‎media. The media constantly shows us images of the United States, while those images are ‎not real, but because our knowledge is largely based on our perspective, we simply believe ‎them. Knowing these images and the distortion of reality is the first step in opposing the ‎arrogant powers.‎

A history of false Western illustrations

There is also a historical debate about the Western image that we must pay attention to. ‎For many years, orientalists took images from the East to the West and brought images ‎from the West to the East. These images were generally clichéd and false and were ‎purposefully designed. A well-known example is Marco Polo, an Italian orientalist and ‎explorer, while it is widely argued that he did not even leave his hometown, let alone explore. ‎As a result, all that is attributed to him in the name of exploring is a fantasy.‎

Books on the East were also written in the fourth century CE, which were republished in the ‎West 400 years later and were described as the current state of Eastern societies. Naturally, ‎the audience thought to themselves that the East was very backward. That is to say, it is as ‎if the Eastern society narrated in this book has changed!‎

Westerners do not even want the nations of the East to get a true picture of their past. ‎During the colonial period, England and France came to the East and took our antiquities, ‎they placed conditions on access to our own works, especially written works, one being the ‎passage of a certain among of time! That is, for example, one-hundred years must pass ‎before we are allowed to access works related to our past, which means that the East is cut ‎off from its historical past.‎

Westerners used our science and knowledge and then showed themselves to us as role ‎models. Many things that they claim they have discovered have been inspired by us and ‎presented to us differently, for example, the university first appeared in the Islamic world, ‎and the bachelor’s degree that Westerners awarded to university graduates was the same as ‎that given to students in Islamic universities.‎

Westerners sometimes ignore Muslim scholars as well. Ibn Khaldun [b. 1332], for example, ‎wrote a book about demography many centuries ago and discussed sociology, but ‎Europeans ignore it and begin the history of sociology with nineteenth-century thinkers. It is ‎as if ibn Khaldun did not exist several centuries prior and did not take any action. The result ‎is a false image of the West to the East, which is backward and traditional, while the West is ‎a leader in science and knowledge. This image is an introduction to the arrogant powers.‎

The footprints of the arrogant powers in the Islamic lifestyle

Another point is that the basis of Western intellectual civilization, that is, what leads to ‎arrogance, is the originality of profit and pleasure. For them, it is a good thing to have ‎material or pleasure benefits, they are based upon it and set an example for the people of ‎the world on this basis.‎

The Western “lifestyle” is that it gives you a model and tools and it tells you how you should ‎be! It offers its criteria in an attractive menu, for example with the internet and social media. ‎What I am saying does not mean that you must not use mobile phones and the internet but ‎I do mean that we must know what the West is using the internet for and what its goals are.‎

The current Western world, from its own perspective, prioritizes individuality, and you see ‎that a tool like mobile provides you with the opportunity to be more individualistic. In the ‎discussion of the internet, too, everything is based on one’s opinion. Anyone can follow ‎anyone they want, unfollow or even report, without having to answer to anyone. Extensive ‎studies have shown that these tools have led to the expansion of individual life and ‎separation from society. Therefore, the second step is to be careful about your lifestyle. ‎

With critical thinking and inquiry, we can take the first and second steps, and this revision ‎must take place in the academic field and among the intellectuals. Recently, I saw statistics ‎that during the Christmas season, 80% of the Christmas trees purchased in Tehran were ‎made by non-Christians. In general, how many Christians do we have in Iran and Tehran? ‎Many more Christmas trees were sold during the Christmas season than the number of ‎Christians in the whole country. Putting aside the environmental consequences, the cultural ‎consequences, are very significant. This means that people with an intellectual gesture are ‎looking for a Western lifestyle.‎

This is the mental colonization of the people by the arrogant powers. The West, by ‎interfering in people’s lifestyles, provides the grounds for their domination. That is, their ‎political arrogance is carried out alongside mental colonialism. ‎

We need a general review of our culture and tradition to see how much of it comes from the ‎West and to what extent it belongs to us. Those who copy from the West are so demanding ‎that they see others as inferior to them and look at them with contempt, that is, the ‎Westoxified spectrum in society is small in number, but in terms of appearance, because ‎they insist on proving themselves, they introduce itself as larger than they are in reality. ‎

For example, they insist on taking their dogs to the streets. Poor dogs are not pets! ‎Recently, I saw a large dog of one of the German breeds inside a very small MVM car and ‎the poor dog could not move. To flaunt their Westerness, people have taken dogs as their ‎toys. We need to think critically about what we see during the day.‎