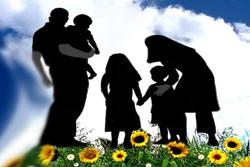 Choosing the lifestyle as an almost vast subset of culture is never accidental, but it is important in several ways.

Rasa - Choosing the lifestyle as an almost vast subset of culture is never accidental, but it is important in several ways:

A. From the perspective of social sciences and among the common concepts in this field, the issue of lifestyle has been increasingly brought to the attention of researchers and thinkers during about one hundred years of its existence. The reason for this attention is explained in different ways. Lifestyle was initially linked to issues of class and social status. The importance of these issues in the early twentieth century highlighted the term "lifestyle" because, on the one hand, lifestyle seemed to provide an opportunity for non-Marxist explanations of the issues. Many sociologists, on the other hand, saw the term as a more eloquent and appropriate feature than the usual features in the study of class or social stratification.

Leslie et al. introduce lifestyle as the most important way of recognizing the familiar from the unfamiliar among people.

Lifestyle became more important as the importance of the issues of differentiation and identification increased. “Each person's lifestyle reflects his or her social status to others...”, Hill says in this regard, “The right influence is very important to many people. Only rich, self-sufficient, or self-confident individuals can neglect the impact of their wealth, behavior, and appearance on others.”

Lifestyle, on the other hand, stems from the diversity of cultures and subcultures that can be adapted, the rise in tolerance or what is called pluralism, and also the diversity of available goods and consumption patterns.

Mass media and advertising have also played an important role in promoting diversity in lifestyles and drawing people’s attention to this issue. With the increasing presence of these media in people’s lives, they have put lifestyle in the center of people’s attention.

The above shows that “lifestyle” explains the part of culture that plays an important role in people’s lives in today’s societies. Because it is linked to key and sensitive issues such as identity, individual and social difference and the actualization of the power of discernment and choice or at least the creation of a sense of freedom of action – issues that express some of the most fundamental human aspects. Thus, the importance of the concept of lifestyle is that it connects the most superficial layers of life to its deepest ones, from haircuts and clothes to facial expressions and gestures.

B. Examining large and complex systems such as culture and its developments requires the following issues:

The lifestyle included all three elements.

Anthropologists and sociologists usually study religious patterns that are considered more religious, such as rules, ethics, experiences, and rituals. But they pay less attention to other behaviors, such as those that fall into the realm of everyday life, such as compliments, conversations, and daily shopping. While there is no reason to ignore or pay less attention to such behaviors. Especially when the relationship between religion and other socio-cultural phenomena is studied and specifically if the religion under study is a religion like Islam, which has provided teachings in all aspects of individual and social life.