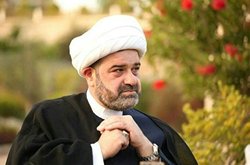 A Lebanese Shi’ah scholar described the serious and explicit dialogue as a way out of the ‎country’s economic crisis and called on government officials to take responsibility.‎

In a meeting with a group of spiritual leaders and trustees of the people, he noted, ‎‎“Lebanese citizens are under the pressure of the most severe problems, especially the ‎economic crisis. Poverty and neediness are a serious threat to internal security and give the ‎Israeli enemy hope for sedition in the country.”‎

Hujjat al-Islam Abdullah warned officials and those in power, “Lebanon needs to renounce ‎party and ethnic interests to resolve the crisis more than ever before. Officials who play with ‎the national-religious feelings and emotions of the people and blame others for their actions ‎and shirk responsibility are the most damaging to the country.” ‎

He said, “Everyone from every faction, party and trend must take responsibility for their ‎actions. Serious and explicit dialogue is the way out of the economic crisis.”‎

Referring to the dangerous situation in the region and the economic blockade of Lebanon ‎and internal and external wars, Hujjat al-Islam Abdullah said, “Spiritual leaders and elders of ‎Islam and Christianity have a special role in reducing the problems of the people and getting ‎the country out of crises.”‎

Lebanon is facing its worst economic crisis in decades. The Lebanese pound has continued ‎to plummet against the US dollar, losing more than 60 percent of its value over the last ‎weeks while sources of foreign currency have dried up. ‎This has obliterated the purchasing ‎power of many people in the debt-ridden country.‎

The economic situation is fuelling inflation, which the Finance Ministry has estimated will ‎reach 27 percent later this year.‎