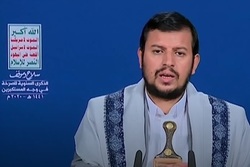 The leader of Yemen’s Houthi Ansarullah movement has warned Saudi ‎Arabia and the United Arab Emirates against attempts to normalize relations with Israel, ‎saying Riyadh and Abu Dhabi are siding with the Tel Aviv regime, which is known as the ‎implacable enemy of Muslim nations.‎

RNA – ‎Abdul-Malik al-Houthi, the leader of Yemen’s Houthi Ansarullah movement has warned Saudi ‎Arabia and the United Arab Emirates against attempts to normalize relations with Israel, ‎saying Riyadh and Abu Dhabi are siding with the Tel Aviv regime, which is known as the ‎implacable enemy of Muslim nations.‎

‎“Saudi Arabia and the UAE are siding with Israel, which is the chief enemy of the Muslim ‎world,” Abdul-Malik al-Houthi said in a televised speech broadcast live from the capital, ‎Sana’a, on Thursday afternoon.‎

He stressed that the two Persian Gulf states are in cahoots with the Israeli regime against ‎Palestinians and their cause.‎

The Ansarullah chief said Israel and the United States continue to threaten the Yemeni ‎nation, stressing, “Enemies want to encourage public apathy among the Yemenis, so that ‎they become indifferent in the face of their (enemies’) plots and schemes.”‎

Houthi then lambasted certain Arab states for serving the interests of Washington and Tel ‎Aviv in the Middle East region, describing a resistance that is anchored in Islamic teachings as ‎the best strategy against unraveling conspiracies.‎

‎“The US and Israel seek to enslave Yemeni people. Their plots target the entire Muslim ‎community, and are meant to ‎ disintegrate Islamic nations from within through sowing the ‎seeds of discord and division,” he highlighted.‎

The Ansarullah leader went on to say that enemies are targeting all nations in the Muslim ‎world, saying, “US and Israeli plots seek to create religious and political divisions in Islamic ‎nations. We need to raise public awareness about such schemes. Muslims must make foiling ‎US and Israeli conspiracies their number-one priority.”‎

‎“Enemies are hiding the truth, exploiting them (Muslim nations) to further their own interests. ‎The US and Israeli regime are seeking to plunder natural resources of Muslim states,” Houthi ‎said.‎

He highlighted that his Ansarullah movement will continue to stand against US and Israeli ‎hegemonic plans in the region, saying Washington has turned to Saudi Arabia in its campaign ‎against Yemenis as ‎it dreads a direct faceoff.‎

‎“The mercenaries of the United States and the Israeli regime will eventually withdraw from ‎Yemen after having suffered a humiliating defeat,” Houthi commented.‎

The Ansarullah chief also censured enemies’ efforts to portray a distorted image of ongoing ‎developments in the region by means of their media outlets, arguing that Western countries ‎are acting in favor of Zionist lobby groups.‎

Commenting on Lebanon, Houthi noted that the Lebanese Hezbollah resistance movement ‎can greatly contribute to the resolution of economic woes in Lebanon.‎

Lebanon has been the scene of protests over rising poverty and economic woes, with ‎demonstrators saying the ruling class is impotent in tackling the worsening crisis.‎

Touched on Iran-US standoff, the Ansarullah leader said Washington is pressing ahead with ‎its sanctions and economic war on Tehran in a bid to undermine the Islamic Republic’s ‎independence.‎

Since its withdrawal from an international nuclear deal with Iran and other world powers in ‎‎2018, the US has been pursuing a “maxim pressure” policy against the Islamic Republic ‎through imposing sanctions and threatening other allies to follow suit.‎

Iran has stressed that it will not bow to the US pressures and sanctions.‎