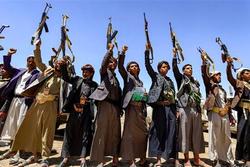 The spokesman for Yemen’s Armed Forces censured Saudi Arabia for waging a war against the impoverished Arab country over destruction of two civilian vessels in the strategic Red Sea, vowing that Yemeni troops and allied fighters will respond to the act of aggression.

Rasa - Brigadier General Yahya Saree denounced the attack as a flagrant violation of an agreement reached between the warring Yemeni sides during a round of UN-sponsored peace negotiations in Sweden back in December 2018, according to presstv.

Delegates from the Ansarullah movement and representatives loyal to Saudi-allied former Yemeni President Abd Rabbuh Mansur Hadi attended the peace negotiations in Rimbo on the outskirts of the Swedish capital Stockholm. The talks resulted in the announcement of a break-through agreement.

The document included three provisions: a ceasefire along the Hudaydah front and the redeployment of armed forces out of the city and its port; an agreement on prisoner exchange; and a statement of understanding on the Southern Yemeni city of Ta’izz.

Saree noted that the attack on the Yemeni boats, which took place 6 kilometers (3.7 miles) South of the Yemeni port of Salif on Thursday, was as an attempt by Saudi Arabia to cover up its crimes.

He emphasized that the Yemeni army troops and allied fighters from Popular Committees will not sit idly by and watch such criminal acts and violations.

Saree also criticized the United Nations for its support of the Saudi war and siege on Yemen, urging the world body to assume its responsibilities and immediately stop the attacks and ongoing naval blockade.

Colonel Turki al-Malki, a spokesman for the Saudi-led coalition, claimed that the boats were explosive-laden and had posed an “imminent threat to sea lines of communication, international trade and regional and international security”.

Separately, Yemeni Minister of Oil and Minerals, Ahmad Abdullah Dares, has warned against an imminent humanitarian disaster in case the Saudi-led coalition of aggression continues to seize oil tankers destined to the impoverished Arab country.

He argued that the alliance’s arbitrary practices come in spite of the fact that the vessels have already obtained the necessary permits from the United Nations to dock at Hudaydah port in Western Yemen.

The Yemeni minister then held the United Nations and the UN Security Council fully responsible for the repercussions of the continued seizure of Yemen-bound oil tankers, stressing that the measures will bring vital sectors, health in particular, to a grinding halt.

Dares slammed the confiscation of the oil tankers as a collective punishment of the Yemeni nation, arguing it will increase their sufferings as regards access to medicine, foodstuff, drinking water, medical supplies as basic commodities.

He called on various media outlets to expose the heinous practices and crimes of the Saudi-led coalition in Yemen and unmask the alliance’s nature before the world public opinion.

The senior Yemeni energy official then pointed to the efforts made in order to allow engineering teams to visit decaying Safer oil tanker, which is moored off Yemen's Red Sea coast, saying the attempts have only been met with hollow promises despite letters and appeals to the United Nations.

Dares finally held Saudi-led aggressors and the UN accountable for the consequences of a potential environment disaster in case of a leakage from the floating tanker, warning that the pollution will destroy marine life and will contaminate the Red Sea and countries bordering it up to the Suez Canal.

Saudi Arabia and a number of its regional allies launched a devastating war on Yemen in March 2015 in order to bring Saudi-backed former president back to power and crush Ansarullah movement.

The US-based Armed Conflict Location and Event Data Project (ACLED), a nonprofit conflict-research organization, estimates that the war has claimed more than 100,000 lives over the past five years.

More than half of Yemen’s hospitals and clinics have been destroyed or closed during the war by the Saudi-led coalition, which is supported militarily by the UK, US and other Western nations.