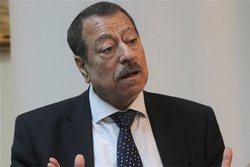 A senior Middle East analyst wrote in the London-based Arabic-language newspaper Rai al-‎Yawm on Saturday that in the cyberwar with the Zionist regime, Iran is victorious.‎

RNA – A senior Middle East analyst wrote in the London-based Arabic-language newspaper ‎Rai al-Yawm on Saturday that in the cyberwar with the Zionist regime, Iran is victorious.‎

Saying that these days there is a psychological war between Iran and Israel, Abdul-Bari ‎Atwan wrote that Supreme Leader of the Islamic Revolution Ayatollah Sayyed Ali Khamenei ‎has entered the war with full power.‎

‎“The Zionist regime is the most evident example of state terrorism,” he tweeted on ‎Wednesday that before the International al-Quds Day ceremony.‎

‎“Ever since Britain’s anti-Islamic, antihuman policies put the Zionists to rule in #Palestine, ‎they have been acting like a cancerous tumor, furthering their goals by massacring children, ‎women, and men.”‎

He also said that Iran “will support and assist any nation or any group anywhere who ‎opposes and fights the Zionist regime, and does not hesitate to say this”.‎

Atwan said that the remarks made by the number-one person of Iran are especially ‎important since they have been simultaneous with four big developments:‎

One, a cyber-war has started between the two sides, the last of which was Iranian hackers ‎attacking Israel’s security and military websites and publishing anti-Zionist slogans.‎

Two, Israel’s severe attacks on Syria to drive Iranian military advisors out of there which ‎failed.‎
Three, the tension has escalated between Iran and the US. Iran has challenged the US by ‎sending six oil tankers to Venezuela that is under the US unilateral sanctions. It is likely that ‎Washington decides to stop the tankers, which will affect the conditions in the Persian Gulf ‎too.‎

Four, Iran has curbed the Coronavirus disease despite all the US sanctions, and unlike other ‎countries Iran was not much affected by the drop in oil prices.‎

Atwan went on to say that the Zionist regime cannot fight even several fronts, i.e. sea, air, ‎and ground, let alone cyber-war that can endanger its infrastructures and in which Iran is ‎well-experienced.‎

The cyberspace is the backbone of Israel’s economy; if hurt, it will be catastrophic for the ‎Zionist regime, he wrote.‎

Iran’s allies have been liberated from the crises, that is two governments have taken office ‎in Lebanon and Iraq and protests have abated in two Middle Eastern countries. And on the ‎other hand, regional rivals of Iran have problems. For example, the budget deficit has ‎reached 50% in Saudi Arabia due to a drop in oil revenues and closure of border points due ‎to Coronavirus outbreak, which has decrease import and non-oil exports.‎