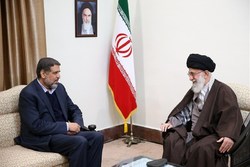 The Supreme Leader of the Islamic Revolution expressed ‎condolences over the passing away of former leader of the Palestinian Islamic Jihad ‎Movement, Dr. Ramadhan Abdullah Shalah.‎

RNA – In a message released on Monday, the Supreme Leader of the Islamic Revolution, Ayatollah Sayyed Ali Khamenei, offered condolences to ‎the Palestinian nation, all sympathizers of Palestine, the “devoted organization of ‎Palestinian Islamic Jihad Movement,” and the family of Dr. Ramadhan Abdullah Shalah on the ‎loss of the “hard-working and resisting brother.”

Ayatollah Khamenei further expressed hope that God’s assistance and strenuous ‎efforts of the competent successors following the path of figures like Fathi Shaqaqi ‎and Ramadhan Abdullah would compensate for the loss.‎

The former head of the Palestinian Islamic Jihad movement died at age 62 in a hospital ‎where he was receiving medical treatment.‎

Shalah was born in Gaza in 1958 and became the head of the movement in 1995 after ‎the assassination of Fathi Shaqaqi.‎