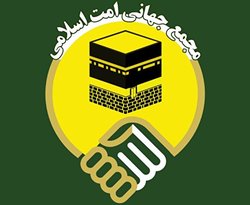 The World Assembly of the Islamic Ummah warned against the conspiracies of Israel in ‎different countries and stated, “Imam Khomeyni protected the credibility of Islam by ‎establishing International al-Quds Day.”‎

RNA – In a statement, the World Assembly of the Islamic Ummah commemorated ‎International al-Quds Day and noted, “Imam Khomeyni, by establishing International al-Quds ‎Day, protected the credibility of the Islamic ummah in the world and made it impossible for ‎the enemies to easily achieve their sinister goals in Islamic countries and harm Muslims.”‎

The statement reads, “Although Israel is a cancerous tumour in the region, the Islamic ‎ummah, with the support of its faith, can defeat any enemy as it has proved in the battle ‎between Hezbollah with the occupying Zionist regime and the battle between the Islamic ‎Resistance Front with the terrorist and Takfiri Daesh movement.”‎

The World Assembly of the Islamic Ummah considered the destruction of the occupying ‎Zionist regime inevitable and stated, “The Islamic ummah and the freedom fighters of the ‎world must believe in the divine promise of eliminating oppression, oppression and disbelief ‎and maintain their unity and solidarity in the military, cultural and political struggle against the ‎Zionist regime.”‎

The Assembly called the presence of Zionists in other countries such as India, Argentina, ‎Chile, the United Arab Emirates, Bahrain, Saudi Arabia, Egypt, etc., to create political, ‎economic and cultural relations as a ploy of Israel and called on the world to be aware of ‎their sinister conspiracies. ‎

The World Assembly of the Islamic Ummah concluded by stating, “Unfortunately, the ‎reactionary Arab countries have gone from the stage of normalization to the stage of ‎establishing open relations with Israel. The arrogant powers of the world have acted in such ‎a way toward the rulers of Arab and Islamic countries that they owe their existence to them ‎and this means moving towards the destruction of the Islamic ummah.”‎