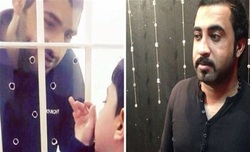 Bahrain's top court has upheld death sentences against two Shi'ah men convicted of bombing a convoy and killing a police officer, as human rights groups said their conviction was based on confessions extracted through torture.

RNA - Bahrain's top court has upheld death sentences against two Shi'ah men convicted of bombing a convoy and killing a police officer, as human rights groups said their conviction was based on confessions extracted through torture.

Mohammed Ramadhan and Husayn Musa lost their final appeal on Monday against death sentences that were initially handed down by a criminal court in December 2014, a statement from the kingdom's public prosecutor said.

The kingdom's highest court in 2015 confirmed the death sentences but then overturned them after the emergence of a previously undisclosed medical report by the Minister of Interior, which Human Rights Watch (HRW) said appeared to corroborate claims the detainees had been tortured to force them to confess to fabricated charges.

But an appeals court in January 2020 reinstated the sentences, which were upheld on Monday.

Security forces arrested Musa, a hotel employee, and Ramadhan, a security guard in Bahrain's international airport, in early 2014 after a policeman was killed in the bombing in al-Deir, a village northeast of the capital, Manama. Ten other people tried with them have also been jailed.

Amnesty International and a UK-based pro-opposition activist group, the Bahrain Institute for Rights and Democracy (BIRD), have also said both men were severely tortured to extract false confessions, subjected to sexual assault, beatings, sleep deprivation and other abuses.

"The terror of knowing that my husband can be executed by firing squad at any moment without proper notice is tearing me apart," Ramadhan's wife, Zainab Ebrahim, tweeted after the sentence.

“They’d beat me up. I’d go up again and deny,” said Husayn Musa, one of the defendants, describing his interrogation to a rights activist in a January recording reviewed by The New York Times. After the third beating by an interrogator, Mr. Musa recalled, “ I told him, ‘I’ll say what you want. What do you want me to say?’”

Bahrain's regime has denied it tortures prisoners or persecutes the opposition. It said the case met all requirements of a fair trial, and the initial judgement was followed by a second trial that looked into the allegations of abuse.

Bahrain has been clamping down on dissent since 2011 when it quashed protests with Saudi help.

Home to the Middle East headquarters of the US navy, Bahrain has prosecuted and revoked the citizenship of hundreds of people in mass trials. Most opposition figures and human rights activists are jailed or have fled.

"Today's verdict is yet another dark stain in the struggle for human rights in Bahrain ... This horrendous injustice could not have happened without the tacit acceptance of Bahrain's western allies," Sayed Ahmed Alwadaei, BIRD's director of advocacy said in a statement on Monday.

Today's verdict is yet another dark stain in the struggle for human rights in Bahrain, demonstrating the regime's iron grip over the country's corrupt judiciary. This horrendous injustice could not have happened without the tacit acceptance of Bahrain's western allies. pic.twitter.com/w6n0JDlzsO
— Sayed Ahmed AlWadaei (@SAlwadaei) July 13, 2020

The two men "have now exhausted legal remedies and are at risk of imminent execution, pending ratification by Bahrain's king", the statement added.

HRW's Bahrain researcher Aya Majzoub urged the kingdom to "correct" what she described as a "grave injustice".

"The King has the power to ratify the sentence, commute it, or grant a pardon. He should correct this grave injustice and commute the sentences," she wrote on Twitter on Monday.

In his remarks, Ramadhan said he is innocent and described his trial as a "sham".

"I have been sentenced to death ... I want my voice to be heard by those who believe in the principles of justice and equality," he said. "I am innocent of the crime of which I was accused, subjected to a sham trial and sentenced to death. My death will be unlawful, and yet, it has been [ordained] by law."