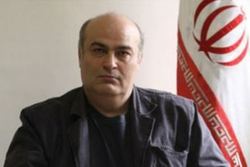 Siamak Moreh Sedq said that Zionist ‎regime is after exploiting Judaism, adding that it is the religious duty of all Jews to stage ‎uprising against Zionist catastrophe in the world.‎

RNA – Siamak Moreh Sedq, the Iranian Jewish member of parliament, said that Zionist ‎regime is after exploiting Judaism, adding that it is the religious duty of all Jews to stage ‎uprising against Zionist catastrophe in the world.‎

Moreh Sedq said that it is a religious duty for the world Jews to rise up against Israel.‎

He said although there are no rallies on this year’s al-Quds Day due to the coronavirus ‎outbreak, “we can send the message of support for the Palestinian nation and hatred toward ‎the Zionist regime through other means.”‎

‎“Through speeches and declaration of support and measures in cyber-space for the ‎Palestinian nation we can keep this day more alive,” he emphasized.‎

Moreh Sedq noted that support for the rights of the oppressed of the world is not related to ‎single day and every day belongs to the downtrodden of the world.‎

He stressed that Israel is seeking to exploit Judaism and does not live up to any religious ‎principle whatsoever. For instance, the Zionist regime’s premier was arrested due to theft. ‎

Moreover, there are numerous cases of theft and immorality in the past record of the prime ‎minister and former leaders of this regime.‎