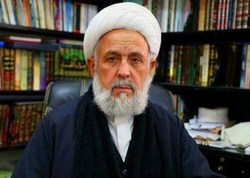 The chairman of the Lebanese Soor (Tyre) Scholars maintained, “We see that some Lebanese corrupts are following the plans of the US and the Zionist Regime.”

He further mentioned, “Concerning their problems, Lebanese people are disappointed with the government. Leaving the financial markets to some businessmen has put the liquidity stability at stake.”

Finally, the chairman of the Lebanese Sour Scholars expressed, “Remissness towards the administrative and financial problems of Lebanon will undermine the national security and government.