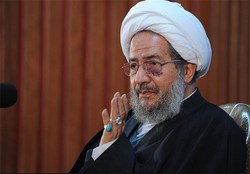 Ayatollah Muqtadaee called the women seminary a blessing provided by the Islamic Revolution and then said, “Officially, there was no women seminary in the past.”

He added, “After the victory of the Islamic Revolution, Imam Khomeini decided to found the women seminary, as it was required for women, and thus, grand Ayatollah Fazil Lankaran, Qoddusi and other scholars, as the members of the founding board of the said seminary established it”.

Ayatollah Muqtadaee stated, “Currently, the women seminaries are active across the whole country, run by the supreme council of the seminaries, the members of which are chosen and approved of respectively by the grand sources of emulation and the supreme leader of the revolution”.

He added, “Some specific conditions are ruling in women seminaries, therefore, an independent council, supervised by the seminary, was formed to administer it”.

The significance of women’s rights in Islam

Director of the Women’s Islamic Seminaries of Hormozgan:

Think tank for the Women’s Islamic Seminaries ‎has been launched

“Polygamy is a cruelty to both women and children”