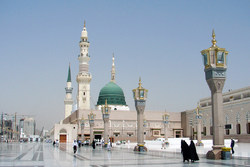 A researcher in the Islamic Seminaries wrote that the narrations that have reached us from the ‎Infallible Imams, constitute the raw materials and the main context of the jurisprudence ‎of Islamic governance in the existing Shi’ah jurisprudential books. ‎

As a result of these processes and lexical changes, sometimes a special meaning and ‎concept is placed in the form of various words and phrases and helps human beings to ‎understand, comprehend and fulfill their purpose. It is based on this principle that ‎words and terms play a very delicate, key and important role in creating the spiritual ‎and cultural ties between human beings and the transmission of knowledge.‎

The special concept, which is now referred to as “Perspectives and Thoughts on Islamic ‎Government” is one of the concepts that has been placed in the form of various words ‎and terms over time and has been expressed in the language of Islamic muhaddiths ‎‎(hadith specialists), faqihi (jurists), mufassirs (exegetes) and hakims (sages).‎

For this reason, its contents are known by various and various letters and titles, and in ‎each era and time and in each of the sources and texts, a special interpretation has ‎been assigned to it. As a series of contents on the subject is sometimes called ahkam ‎al-sultaniyyah (the laws of Islamic governance) and amur al-sultaniyyah (the ‎commands of Islamic government) and another time tanfidh al-ahkam (the ‎implementation of rulings), qadhaya wal-ahkam (the cases and rulings) and akham ‎al-qadha wal-hudud (the rulings of the cases and punishments) and it is sometimes ‎referred to as wilayah al-faqih (guardianship of the jurisprudent) and other times, in a ‎more general and general form, it has been referred to as masail al-wilayat (issues of ‎guardianship), wilayat wal-siyasat (guardianship and politics).‎

As another group of authors has referred to it as law siyasat al-shari’ah (the politics of ‎religious law), nadhm al-shari’ah (legal systems). Some well-known jurists and hadith ‎specialists have also discussed issues related to this issue under the title of fil-ibadat ‎wal-siyasat (in worship and politics) and finally the names of fiqh al-siyasiyyah ‎‎(political jurisprudence) and fiqh al-hukumah al-Islamiyyah (jurisprudence of Islamic ‎government) have recently become known which indicate a common and unified ‎concept and meanings, and not multiple and different meanings that have been ‎accepted throughout history and in the context of time along with the ups and downs ‎of general jurisprudence, the jurisprudence of governance and change and ‎transformation. ‎

Here we will have a brief overview of the historical roots of the ‎jurisprudence of governance in the era of textualism: ‎

The jurisprudence of governance in the era of textualism

That is, the time of its origin and creation, like general jurisprudence, dates back to the ‎age of prophecy and the revelation of the holy verses of the Holy Quran, because all the ‎rules and regulations of Islam in the age of prophecy have been compiled and ‎developed with the revelation of divine verses and the personal tradition of the Holy ‎Prophet. Subsequent eras, with the life and traditions of the Imams, the jurisprudence ‎of Islam has been established in the same direction and has been established based on ‎the same principles and criteria.‎

The jurists of Islam in the age of the ghaybat al-kubra (the major occultation), ‎according to the command of the Purified Imams who said:
علَينا إلْقاءُ الاُصول إلَيكُم، و عليكمُ التَّفْريعُ
“We provide you the ‎general principles of religion and it is for you to elaborate the detailed points of law” ‎only elaborated the detailed points of law based on “the inductive principles of the ‎Imams” and in this way, they have deepened and expanded jurisprudential issues.‎

Following these verses, the verses of the legislation of the principal of the imamate ‎‎(leadership) of the successors of the Prophet Muhammad such as:‎

And other similar verses have been revealed and have generalized imamate and wilayah ‎from the person of the Prophet of Islam to his competent successors, who are the ‎Infallibles from his generation and Ali ibn Abi Talib and have established the general ‎imamate and wilayah as one of the inalienable rights and affairs of the Infallible Imam ‎other than the Prophet.‎

Although the Infallible Imams became disillusioned during their lifetime and their right ‎to rule and governorship was usurped by people without competent leadership and ‎guardianship. However, this right is still reserved for them.‎

During the ghaybat al-sughra (the minor occultation) Guardian of the Era, Imam al-‎Mahdi, solved the problems of the people through the nuwwab al-arba’ah (the four ‎deputies) and led the Islamic ummah on the path of the right of leadership and ‎collected the religious funds and spent them on the necessary expenses. However, ‎during the ghaybat al-kubra (the major occultation), he appointed just and qualified ‎jurists as his na’ib al-aam (general deputies) to the position of guardianship and ‎government in an indefinite and general manner, and left it to the Muslims to identify ‎and select them.‎

The delegation of the guardianship of obedience, justice, accountability, imposing ‎punishments and in general, the right to establish the Islamic government and ‎managing the affairs of the Muslim community on the criteria of justice and equity and ‎performing the duty of enjoining the good and forbidding the evil, collecting religious ‎funds and appropriate taxes and spending them in necessary cases and where it was of ‎benefit to all, including the affairs and powers of the wali al-faqih (guardian-jurist) in ‎the era of the occultation, which is one of the most important issues of the ‎jurisprudence of Islamic governance .‎

As the sum of the Prophet’s foreign correspondence with the sultans, emperors, emirs ‎and rulers of the time all over the world of that era, wherein he invited them to accept ‎Islam in a special diplomatic and unconventional manner and all of them are known as ‎the “Makatib al-Rasul” (Letters of the Prophet) and are one of the most important ‎sources of the jurisprudence of Islamic governance in the field of foreign policy.‎

Similarly, the life of the Commander of the Faithful, Ali ibn Abi Talib, during his five ‎years of blessed and honourable rule, and the treaties and decrees of his rule to the ‎governors and managers of the affairs of the country, especially his famous letter to ‎Malik al-Ashtar al-Nakha’i and other companions, is considered the best evidence and ‎raw material for Shi’ah jurisprudence of government, which has not been used properly. ‎Nahj al-Balaghah (Peak of Eloquence) contains valuable principles of jurisprudence of ‎government that, if applied, will bring growth and prosperity to the Islamic Ummah.‎

The sum of these materials, along with the narrations that have reached us from the ‎Infallible Imams, constitute the raw materials and the main context of the jurisprudence ‎of Islamic governance in the existing Shi’ah jurisprudential books. Accordingly, our ‎jurisprudence of governance s a precious legacy that has survived from the time of the ‎Prophet and the Infallible Imams and has been refined and developed in later periods.‎

Representative of Ilam in the Assembly of Experts:

Secretary-General of the World Forum for Proximity of Islamic Schools of Thought: