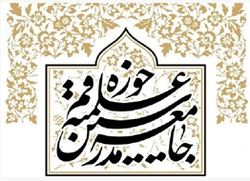 In a statement of condolences on the death of Ayatollah Karimi, the Society of Seminary Teachers of Qom emphasized that the late scholar always insisted on supporting the Wilayat al-Faqih and serving in Iran’s system of government.

RNA – In a statement issued, the Society of Seminary Teachers of Qom offered its condolences on the death of Ayatollah Sayyed Ja’far Karimi and emphasized that the late scholar always insisted on supporting the progressive and valuable principle of Wilayat al-Faqih (Guardianship of the Jurisprudent) and serving in the sacred system of the Islamic Republic of Iran.

The following is the text of the statement:

The passing of the glorious jurisprudent, Ayatollah Haj Sayyed Ja’far Karimi, a long-time and loyal friend of the late Imam [Khomeyni] and the Supreme Leader of the Islamic Revolution [Ayatollah Khamenei] and respected member of the Qom Seminary Society has caused pain and sorrow. He was one of the prominent lecturers of the Islamic Seminaries of Najaf and Qom who spent many years teaching high-level courses in the religious sciences in the Islamic Seminaries and compiled books that will remain.

His many years of presence in the religious inquiries’ office of Imam Khomeyni and the Supreme Leader demonstrate the high academic and jurisprudential status of this noble scholar.

The Society of Seminary Teachers of Qom offered his condolences on the passing of this great scholar to Hadhrat Baqiyatallah [Imam al-Mahdi], the Supreme Leader, the grand sources of emulation, the Islamic Seminaries, his merciful family, students and devoted ones and pray to God Almighty to exalt his soul and to bestow divine forgiveness and mercy on this deceased scholar and grant patience and reward to his surviving family members.