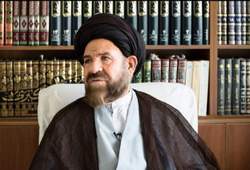 The member of the Assembly of Experts, saying that the US isn’t qualified to be negotiated with, expressed, “The one who makes a mistake two times will certainly regret.”

RNA - Ayatollah Sayyed Hashem Bathaei, the representative of Tehran people to the Assembly of Experts, talking to Rasa News Agency, pointed to the wrong strategy of negotiation with and trust in the West and then said, “The one who makes a mistake two times will certainly regret. A mistake in the past should be a lesson for the future.”

Appreciating the positive attempts made by governmental officials, he said, “Concerning the JCPOA, we have acted honestly meeting our commitments all, as it has been repeatedly confirmed by the International Atomic Energy Agency.”

The member of the Assembly of Experts, saying that the US is not at all qualified be negotiated with, added, “With regard to those currently leading the US, this country can’t be trusted, however, in case it is led by wise and committed people, we can have some negotiations with it.”

Ayatollah Bathaei further noted, “AS president Ruhani has said, the negotiation with the US is absurd, this country can’t be trusted neither by Iran nor by any other country. Moreover, the president of the US is an actor and a clown. He showed the true identity of the US to the whole world through his stupidity, and now, the US is no longer strong as it was in the past.”