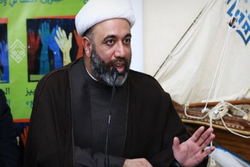 The chairman of the Bahraini Centre for Dialogue and Tolerance, Hujjat al-Islam Meysam al-Salman, stated, “The unequal citizenship is the source of all crises in Bahrain and this country needs a true dialogue in this regard.”

RNA - The chairman of the Bahraini Centre for Dialogue and Tolerance and the member of the Bahraini Advisory Board for Human Rights, Hujjat al-Islam Meysam al-Salman, announced that unequal citizenship is the source of all crises in Bahrain.”

As mentioned by al-Loloa website, the chairman of the Bahraini Centre for Dialogue and Tolerance reiterated, “Bahrain needs a true dialogue so that all discriminations end.”

He said, “Justice, that encompasses opportunities for all citizens and the fight against discrimination, is a must for the country.”

Following the dissolution of al-Wifaq Society and the ban on the participation of members of this party and some other Shiite figures in 2018 election, the Centre for Dialogue and Tolerance called such actions biased and against the equal citizenship.