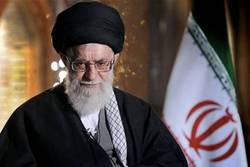 RNA - Ayatollah Khamenei extended his condolences to followers of Ayatollah Mohseni on his death.

In his message, Iran’s Leader hailed Ayatollah Mohseni's efforts in the Islamic country of Afghanistan in political and cultural areas as well as the valuable spiritual legacy that the prominent Afghan cleric left after his death.

Ayatollah Sheikh Mohammad Asif Mohseni, the head of Afghanistan’s Shiite Ulema Council, passed away on Monday in Kabul due to an illness.

A huge crowd of people among them his students and people from all layers of society from across the country took part in his funeral.