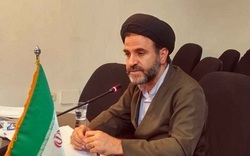 An area to assess the standard of the political criterion is the conditions prior and after the assumption of political power by people.

RNA - The Scientific-Promotional session on the “Position of the Criterion of Equality within the Social Justice” was held by the related expert circle on the justice and Islamic Example of Development of the Interdisciplinary Centre of the Islamic Systems Institute, participated by some professors and experts of Qom Seminary.

Hujjat al-Islam Dr. Sayyed Kazem Sayyed Baqeri, the head and member of the Policy Faculty of the Islamic Systems Institute, as the presenter of the discussion, put forth the question “what are the criteria for the (assessment of the administration of) justice within the field of policy according to Islam?” and then said, “regarding this issue, a hypothesis has been put forward, it suggests, “people can be observed “prior to their assumption of the political power, “during their political campaigns/competitions” and “after their admission to power”, and each stage is respectively introduced as the criteria for “equality”, “efficiency” and “maximisation of fulfilling the rights of the citizens, especially the opponents and critics”.

“In the process of the political justice, the grounds required for active and free participation of the people are prepared and different freedoms are provided for the fulfillment of the right of expression, the right to criticise, holding gatherings, the right to be elected and the right to elect, and citizens are also immune in expressing their views. Here, by the political justice, a value is meant, that if widely administered and distributed, the affairs of the society, along with power, will stand in their appropriate positions and the rights of the citizens will be met properly. The political power provides the grounds for the “election of citizens”, “restriction of power” and the path to attain “political rights” will be paved”, he added.