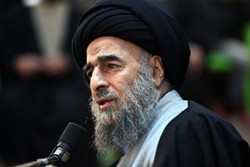 Referring to the need to avoid partisanship, an Iraqi source of emulation said that ‎maintaining political positions is only possible by working for God and solving the people’s ‎problems.‎

RNA – Grand Ayatollah Sayyid Muhammad-Taqi al-Husayni al-Modarresi, an Iraqi source of ‎emulation based in Najaf, referred to the officials in this country and said, “Some people ‎forget the problems of the people when they come to power and only deal with personal ‎issues and gather their relatives and allies with the aim of maintaining their self-appointed ‎position, unaware that maintaining it is only possible by working for God and solving the ‎problems of the people.”‎

His Eminence continued, “It has been seventeen years since the new government took the ‎place of the Ba’thist regime in Iraq, and this period was enough to take care of the country ‎and organize its affairs. In addition, there is a large budget, but quotas and partisanship, ‎along with the spread of corruption, prevented the organization of affairs. However, many ‎countries have been able to reorganize with a low budget and a short amount of time.”‎

In another part of his speech, Ayatollah al-Modarresi stressed the need for the Iraqi people ‎to return to their original culture, which demonstrates peace among all sections of society, ‎and added, “The successive crises that have engulfed Iraq, such as the dictatorship of the ‎previous regime, the American occupation, terrorism and the economic recession, have led ‎to a culture of pessimism and hostility from the mercenary media to create conflict among ‎members of society.”‎

He added, “We must repent and, as God has commanded us, we must coexist peacefully ‎and not try to dominate over each other and avoid using bad language.”‎