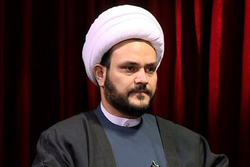 In a tweet on the occasion of International al-Quds Day, Hujjat al-Islam al-Ka’bi stressed that this ‎day, similar to Ashura, is a reminder to the oppressed people of the world that the resistance is ‎still necessary.‎

RNA – In a tweet on the occasion of International al-Quds Day, Hujjat al-Islam Akram al-Ka’bi ‎stressed that this day, similar to Ashura, is a reminder to the oppressed people of the world that ‎the resistance is still necessary.‎ 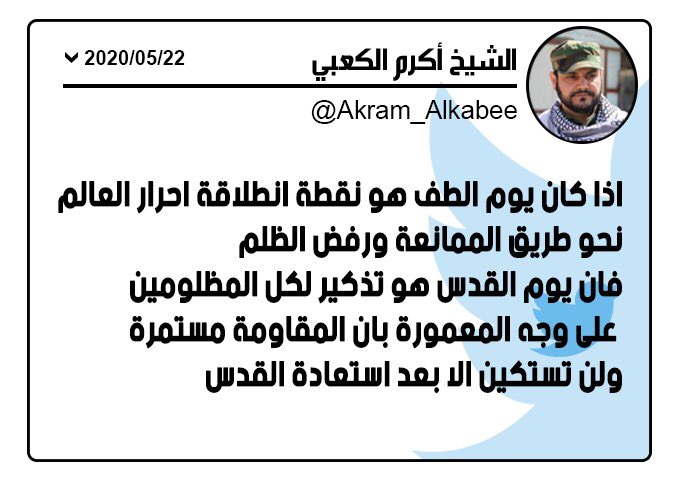 The Secretary-General of the Harakat Hezbollah al-Nujaba Islamic Resistance group, tweeted, ‎‎“If the day of Ashura was a turning point on the path of the noble people of the world’s resistance ‎against cruelty, certainly, International al-Quds Day is a reminder to all of oppressed people of ‎the world that the resistance continues and it will not be remedied until after the reconquest and ‎liberation of al-Quds (Jerusalem),” reported al-Nujaba’s Centre for Communications and Media ‎Affairs in Iran.‎

Why Israel seeks to start war on Gaza with strikes on Islamic Jihad leadership?